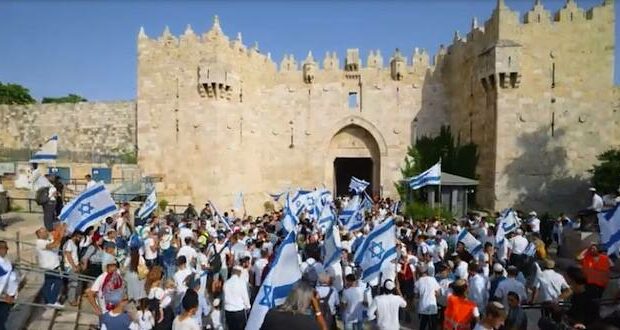 The Bible says the heart and soul of the Jewish people is Jerusalem, and the heart of Jerusalem is the Temple Mount. Hebrews 12:22 says it is the “city of the living God.” In fact, scriptures tell us that God still dwells on the Temple Mount, even though there is currently no Jewish Temple. Psalm 133:14 quotes God saying “This is my house forever; Here I will dwell, for I have desired it.” Bible scholars say there is no way to explain away the use of the word “forever.” God is still there today.

Those scriptures go to the heart of Jerusalem and the Temple Mount and their importance to Christians and Jews today.

When Colonel Motta Gur during the 1967 Six-Day War said, “the Temple Mount is in our hands,” it reverberated throughout the Jewish people around the world.

“Jerusalem is where everything started,” retired Gen. Amir Avivi says. “Everything started here for the Jewish people. This is where we became a nation. This is the capital of our nation, where all the tribes of Israel united around it. Jerusalem is mentioned so many times in our Bible, and when people pray, they pray to Jerusalem. So, for us, it’s really the focal point, the place where every Jew feels this is home.”

Although some nations have recognized Jerusalem as Israel’s capital, other countries advocate for the so-called two-state solution that would divide Jerusalem, with the eastern half of the city including the Temple Mount and give it to the Palestinian Authority.

“You can’t take a jewel and divide it,” Aviv said. “It needs to remain whole. I think that when people say, ‘we want to divide Jerusalem’ or ‘we want to take the holy sites,’ they’re not talking about the two-state solution; they’re talking about destroying the soul of the Jewish people. And we will never, never let this happen.”

“To the Jewish people, it means a return to Zion,” he said. “We prayed for it for thousands of years. We were here physically, but we didn’t have control of the city. And when we didn’t have control of the city, we were barely allowed to worship freely. We were barely allowed to be here, so to return as a free people, to rebuild the new city and the old city, to preserve the beauty of our heritage and to bring worshippers from all around the world, including pilgrims such as our Christian friends from all corners of the world, here so they can also pray at the Christian sites. It’s wonderful.”

Jews and Christians are today able to visit the Temple Mount but the visits often devolve into violence. The Arab Muslims who control it have banned open prayer and the carrying of Bibles on the site. Jews are regularly attacked and beaten for attempting to pray while Christians are intimidated to the point that most tours will not attempt to visit.

Previous: “The Chosen” creator clarifies remarks about Mormons
Next: Woman confronts pastor who sexualy abused her beginning at age 16