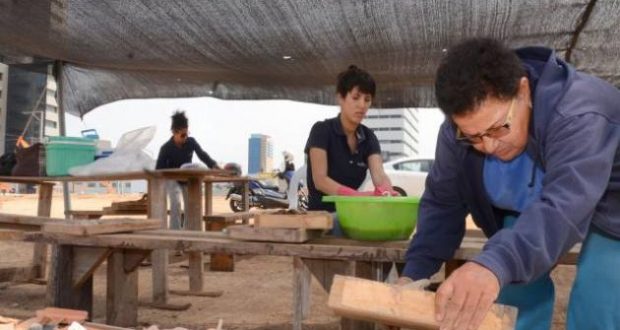 We all know the story of how Jesus turned water into wine. Now, a team of Israeli scientists have made beer using 5,000-year-old yeast.

Beer is mentioned several times in the Bible but does it indicate how it tasted 500 centuries ago? Isaiah 24:9 states “No longer do they drink wine accompanied by singing; even beer tastes bitter to those who drink it.”


Scientists from Hebrew University, Israel’s Antiquities Authority, Tel Aviv University and Bar-Ilan University examined the colonies of yeast specimen that settled in the pores of 5,000-year-old pottery debris and successfully created beer with it. But was it bitter?

The ‘miracle’ creation isn’t about the beer. It has implications for biology and the revival of ancient organisms and plants.

Archaeologists gave the scientists shards of pottery that had been used as beer and mead (honey wine) jugs back in ancient times. To their surprise, the yeast found inside survived thousands of years and could safely be removed from the jars. 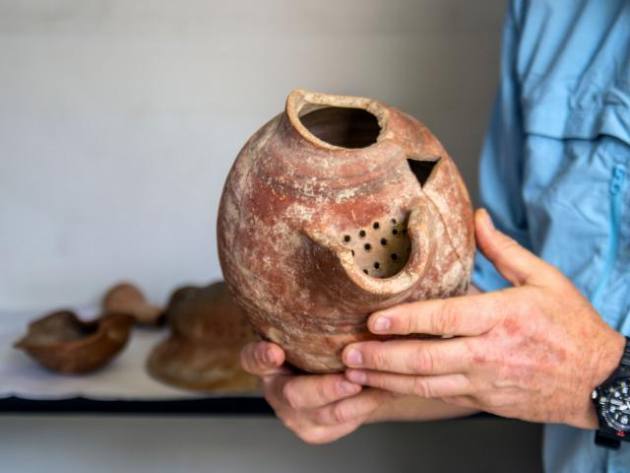 “We dug at Ramat Rachel, the largest Persian site in the Judaean kingdom, and found a large concentration of jugs with the letters J, H, D – Yahud – written on them. In a royal site like Ramat Rachel it makes sense that alcohol would be consumed at the home of the Persian governor,” explained Prof. Yuval Gadot from Tel Aviv University’s Department of Archaeology and Ancient Near Eastern Cultures.

These jars date back to the reign of Egyptian Pharaoh Narmer (roughly 3000 BCE), to Aramean King Hazael (800 BCE) and to Prophet Nehemiah (400 BCE) who, according to the Bible, governed Judea under Persian rule. 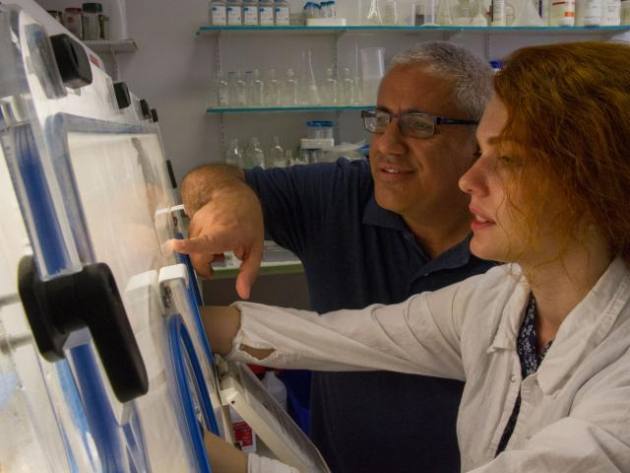 Researchers then cleaned and sequenced the entire genetic code of each yeast specimen and turned them over Dr. Amir Szitenberg at the Dead Sea-Arava Science Center for analysis.  Szitenberg discovered that these 5,000-year yeast cultures are similar to modern beer yeast and to those used in traditional African brews, such as Ethiopian honey wine.

Local Israeli beer expert Itai Gutman helped the scientists make the beer, which was given a “thumbs up” by international taste testers.

Dr. Yitzchak Paz of the Israel Antiquities Authority said the project is the first of its kind.

“We are talking about a real breakthrough here,” he said. “This is the first time we succeeded in producing ancient alcohol from ancient yeast. In other words, from the original substances from which alcohol was produced. This has never been done before.” 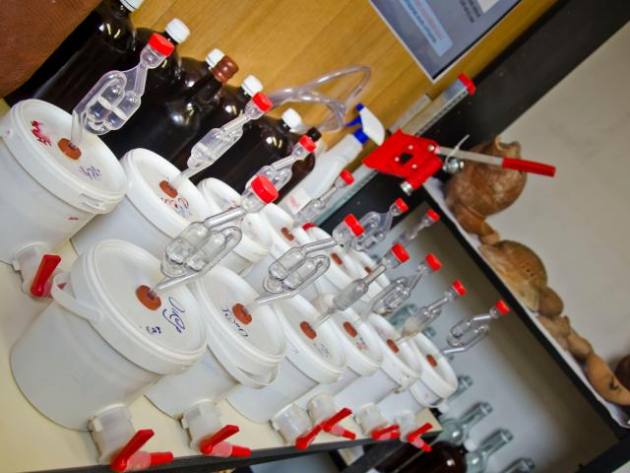 Prof. Aren Maeir of Bar-Ilan University said the research points back to the Bible.

“These findings paint a portrait that supports the biblical image of drunken Philistines,” he said.

Dr. Ronen Hazan from Hebrew University-Hadassah School of Dental Medicine said the project has important implications beyond a simple beverage.

“The greatest wonder here is that the yeast colonies survived within the vessel for thousands of years—just waiting to be excavated and grown. This ancient yeast allowed us to create beer that lets us know what ancient Philistine and Egyptian beer tasted like. By the way, the beer isn’t bad.  Aside from the gimmick of drinking beer from the time of King Pharaoh, this research is extremely important to the field of experimental archaeology—a field that seeks to reconstruct the past.  Our research offers new tools to examine ancient methods, and enables us to taste the flavors of the past.”