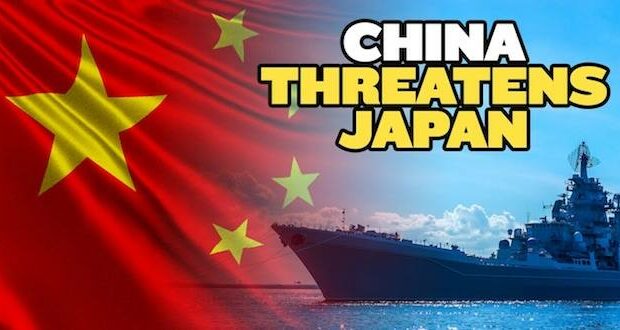 Japan talks of possible war as China threatens it and Taiwan

Japan is supporting Taiwan and preparing for possible war with China as the Chinese communist regime continues threatening Taiwan, and now Japan, with illegal military incursions.

As the Chinese regime sent dozens of fighter aircraft into Taiwan’s air identification zone over the weekend, Japan was partaking in one of its largest naval exercises near the coast of Okinawa, which houses thousands of U.S. troops. U.S. and British aircraft carriers, as well as surface ships from the Netherlands, Canada, and New Zealand took part.

When asked by a reporter how Japan’s government views Beijing’s record-breaking flyovers inside Taiwanese airspace in recent weeks,  Toshimitsu insisted he wants the military tensions “resolved peacefully between the two parties through direct talks” but left a military response on the table.

“Additionally, instead of simply monitoring the situation, we hope to weigh the various possible scenarios that may arise to consider what options we have, as well as the preparations we must make,” he added in a press briefing.

Japan has some stake in a potential Chinese invasion of Taiwan as China also disputes Japan claiming the Senkaku islands. Taiwan is located a short distance from the small island chain.

According to Japanese officials, Chinese military vessels have illegally entered Japanese territorial waters, within 12 nautical miles of Japanese territory, about 88 times between Jan. 1 and August of this year.

In July, a top Chinese military official stated, “When we liberate Taiwan, if Japan dares to intervene by force, even if it only deploys one soldier, one plane and one ship, we will not only return reciprocal fire but also start a full-scale war against Japan,” threatened the PLA military spokesperson.

Those official threats have Japan, and other Asian questioning if the U.S. will step in.

Earlier this week, Japan’s new Prime Minister Fumio Kishida held his first talks with President Joe Biden and confirmed the two will work to strengthen their alliance and cooperate in regional security matters, namely to counteract North Korea and China.

Japan and dozens of other U.S. allies, however, have questioned America’s commitment to treaties after the bungled retreat from Afghanistan. European leaders called Biden’s exit the greatest defeat for NATO since its inception.

Tokyo and Washington have a mutual defense treaty, meaning the United States is obligated to defend Japanese territory under law.

Kishida has previously said that acquiring the ability to strike enemy bases was a viable option.

Previous: Judge blocks Texas Heartbeat Bill saying not every pregnant person is “a woman”
Next: Students offering hope on campus during Bring Your Bible to School Day