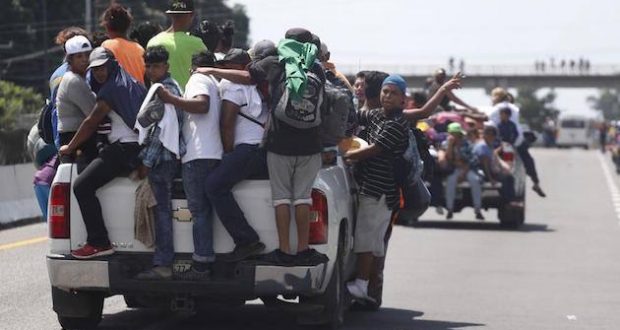 A federal judge has barred the Trump administration from refusing asylum to immigrants who cross the southern border illegally.

The move comes as a Central American caravan with thousands of people has flooded into Tijuana, Mexico near the border, seeking to gain access to the US. Thousands of Tijuana residents have filled the streets of the Mexican city to protest publicly calling the immigrants “invaders” and telling the illegal immigrants to go back home.

President Trump had signed an executive order requiring asylum seekers to make their claim at one of 26 official points of entry on the southern border or face immediate deportation.

But US District Judge Jon S. Tigar in San Francisco has issued a temporary restraining order blocking enforcement of the policy. In other words, immigrants who cross the border illegally will still be allowed to apply for asylum if the judge’s order is upheld. 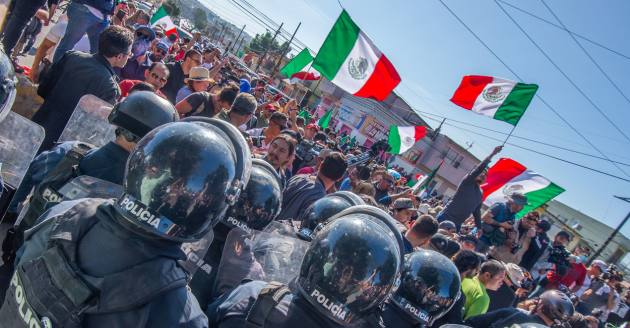 The case was brought by the American Civil Liberties Union and the Center for Constitutional Rights. The groups quickly sued after Trump issued a proclamation that said anyone who crossed the southern border would be ineligible for asylum.

The president has argued that the recent caravans are a threat to national security.

Trump also had to fight a legal battle after issuing an order that imposed a ban on travelers from countries with ties to terrorism. That travel ban was ultimately upheld by the US Supreme Court.

As reported earlier, there’s a massive backup in the US asylum process already. Since 2013, the number of migrants on the US southern border claiming political asylum has increased by 2,000 percent.

Critics of the judge’s order say it is another example of a lone federal judiciary overstepping its authority and making immigration  policy rather than let the executive branch of the government enforce the laws on the books. Current immigration law says asylum may only be applied for at a port of entry such as an airport.