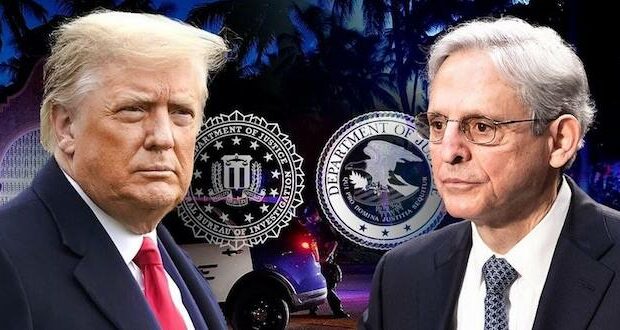 Judge halts FBI investigation, siding with Trump for a special master over documents

The FBI was slapped down by a federal judge Monday in their attempt to prevent outside review of materials seized in a raid from the residence of former President Donald Trump.

A special “master” will now be given access after the court rebuffed Department of Justice efforts to be the sole arbiter of the documents. The move is seen as a huge setback for Biden’s Attorney General, Merrick Garland.

U.S. District Judge Aileen Cannon ordered the appointment of the special master to review the seized property for items and documents that may be covered by attorney-client or executive privilege. The demand comes after the FBI has been caught playing loose with the facts of the case. The agency originally claimed that Trump’s passports were not taken, then, just a day later, admitted they did have them and was forced to return them after sharp criticism.

Many of the documents seized, according to the Trump camp, had nothing to do with presidential records but, rather, involved personal matters, 2024 election materials and protected communications between Trump and his attorneys. This has led Republican leaders to say the raid was politically motivated as Trump leads Biden in polling for 2024.

The judge agreed that the FBI had no reason to have, or keep, certain materials.

“In addition to being deprived of potentially significant personal documents, which alone creates a real harm, Plaintiff faces an unquantifiable potential harm by way of improper disclosure of sensitive information to the public,” Cannon wrote in her 24-page order, released several days after a hearing in which she heard arguments from Trump’s lawyers and attorneys for the government.

“Further, Plaintiff is at risk of suffering injury from the Government’s retention and potential use of privileged materials in the course of a process that, thus far, has been closed off to Plaintiff and that has raised at least some concerns as to its efficacy, even if inadvertently so,” she added.

A special master is an independent third party who assists with sensitive cases.

Cannon said she was swayed to side with Trump in part because the U.S. government’s filter team, which was supposed to identify all potentially privileged items, failed to do so.

“Those instances alone, even if entirely inadvertent, yield questions about the adequacy of the filter review process,” the judge said.

Justice Department (DOJ) officials have maintained that Trump can’t legitimately exert executive privilege claims because he’s no longer in office, pointing to a determination by the acting U.S. archivist, but Cannon said she didn’t necessarily agree.

However, other past presidents, including Barak Obama, Bill Clinton and George Bush, have used executive privilege to protect documents from their terms in office.

“In the Court’s estimation, this position arguably overstates the law,” she said.

Trump’s attorneys and U.S. lawyers have now been tasked with submitting a list of special master candidates. The filing shall also include proposals for how the special master should operate, Cannon said.

In this, the most public and official rebuke of the FBI’s controversial raid on the Trump home, the DOJ seemingly doubled down, which may include taking it to a higher court.

“The United States is examining the opinion and will consider appropriate next steps in the ongoing litigation,” a spokesperson for the DOJ told news outlets after the ruling was issued.

The judge barred the government from using any of the information in Democrat-led investigations of the former president.