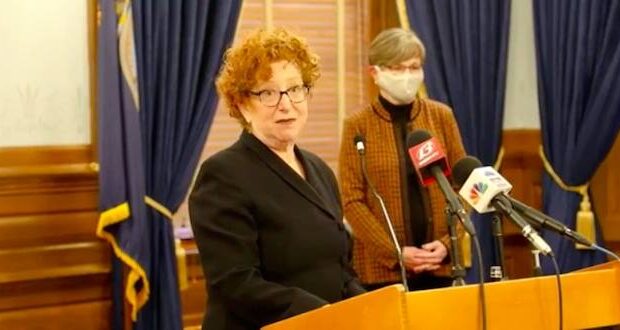 Kansans for Life is disappointed in Gov. Laura Kelly’s appointment of pro-abortion judge Melissa Standridge to the state Supreme Court on Monday. As a Court of Appeals judge, Standridge upheld the district court’s finding of a “right to abortion” in the 1859 state Constitution, thus opening the door to unlimited abortion in Kansas

“Laura Kelly continues to stack state courts with appointees who will do the abortion industry’s bidding,” said Jeanne Gawdun, director of government relations. “Standridge’s appointment is a setback for the preborn and their mothers. This is just another example of why we need a more transparent and democratic selection process for judges.

READ: What’s wrong with the “right” to abortion discovered by court

Standridge, who has served on the Kansas Court of Appeals since 2008, will be filling the vacancy left by former Justice Carol Beier, according to the Topeka Capital-Journal. This is Kelly’s third appointment to the state’s highest court.

“To serve on our state’s highest court is the honor of a lifetime — but I don’t view joining the Supreme Court as just a capstone to my career,” Standridge said. “I am keenly aware that my appointment is more than just moving my office from the second floor of the judicial center to the third floor.”

The Leawood resident was chosen by the governor from a pool of three nominees forwarded by a nominating commission. The other two candidates were Kim Cudney, chief judge of the 12th Judicial District, and Kristen Wheeler, who works for federal judge J. Thomas Marten.

Selection of state supreme court justices go through the nominating commission, which forwards three candidates to the governor. But Republican lawmakers have criticized the fact there is no legislative oversight over the process. Kelly, however, said she likes the current process. The majority of current Kansas Supreme Court justices have been appointed by Democratic governors. “I think keeping it the way that it ensures much more in keeping politics out” of the process, Kelly said.

Standridge will serve on the court for a year before undergoing retention elections in the next general election.

2020-12-02
Dwight Widaman
Previous: Where each state stands on lockdowns and restrictions
Next: Covid restrictions causing food insecurity among Americans