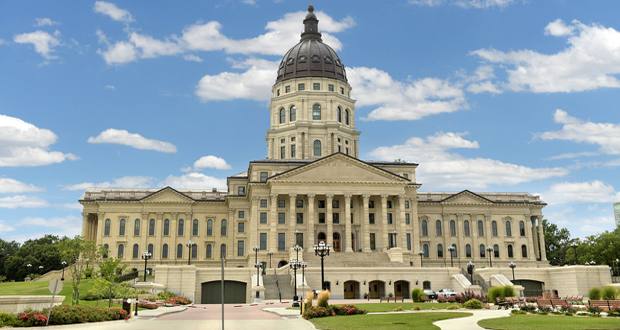 The Kansas legislature will take a vote Wednesday to override Gov. Laura Kelly’s veto of a bill giving women information about an abortion reversal pill. Kansans for life is encouraging residents to contact their legislators to voice their support for an override. (You can locate your elected official HERE.)

The legislature had previously passed a bill that would require abortion clinics to advise women seeking a chemical abortion that if they change their mind early enough after taking the first of the two-pill regime, then there is a 60 percent chance the abortion can be reversed.

Democrat Governor Laura Kelly vetoed the bill after it passed by more than two-thirds in both houses. But the legislature returns today in an effort to override the veto. 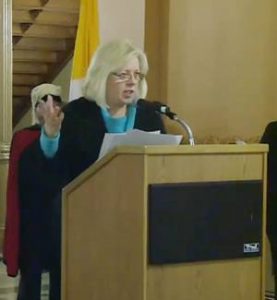 Mary Kay Culp, executive director of Kansans for Life, thinks it is only fair for women to know.

“The thing is that what that involves is the woman getting progesterone — something that OB/GYNS have been using for years to stop threatened miscarriages,” she told explained. “Evidently the governor is for a woman’s right to choose abortion, just not for the right to un-choose abortion.”

“If everybody sticks with their vote, then she will be overridden; her veto’s no good,” says Culp. “However, we’re not over veto protection by much, so there’s a few votes in the House and a few votes in the Senate that if they change, overriding the veto will fail.”

Kansas’ high court ruled on Friday that the state constitution protects abortion rights. The court also blocked a ban on a second-trimester method of abortion. But “it’s not the end of the story,” says Culp.

“… Because we’re going to now have to amend our constitution to make it crystal clear that there is no ‘right to abortion’ in the 1859 constitution that would disallow our state representatives from having a voice,” she says.

Culp explains such an amendment would require a two-thirds’ vote in both legislative chambers just to be put on the public ballot; then a majority vote from the citizenry – not to mention overcoming what she describes as “all kinds of advertising and false claims” by the pro-abortion side.

“It’s not an easy thing to do, but this is a state that knows a lot about this issue,” she adds.

Culp adds that “it’s kind of amazing” that opponents think democracy at the state level is just fine when states such as New York vote and cheer afterwards to allow third-trimester abortions.

“But when the states in the heart of America – be they Oklahoma, Kansas, Nebraska, Iowa, Missouri and Arkansas – vote exactly the opposite, they come sneaking in here to assert that there are rights to abortion in our 160-year-old state constitution based on their interpretation of the right to life, liberty, and the pursuit of happiness that are in those state constitutions,” she continues.

When they do that, Culp argues “they ignore the right to life and twist the right of liberty to get their desired result.”