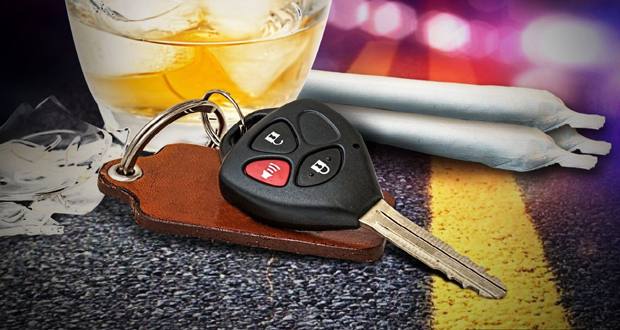 Kansas announces “You Drink. You Drive. You Lose.” campaign

The Kansas Department of Transportation says alcohol and drugs are involved in 40% of crash deaths on Kansas roads. That’s why local and state police agencies across the state Thursday begin an enforcement campaign aimed at cracking down on people driving under the influence of drugs or alcohol. At least 190 local and state police agencies are participating in the enforcement.

The campaign, “You Drink. You Drive. You Lose,” underwritten by the Kansas Department of Transportation runs through Labor Day, Sept. 2.

“If you’re driving impaired, you are not only more likely to crash, but you are much more likely to cause serious injury or death to yourself and others when you do crash,” Andover Patrol Lieutenant Ben Graber says. “We are asking all citizens on the roadways — drivers and passengers alike — to watch out for suspicious behaviors.” 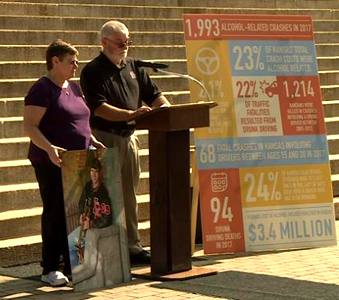 The “You Drink, You Drive, You Lose” campaign brought out state traffic safety experts from several agencies in Topeka Wednesday morning, as well as people with personal stories on the aftermath of impaired driving accidents.

“He will not be a husband, a father, or a grandfather. His life was just taken so suddenly,” Teresa Groves said.

Teresa and John Groves lost their son Matthew only three weeks after his 21st birthday. A drunk driver hit him while he was helping a woman on the side of the road.

“You know we went through calling a funeral home, going to a cemetery, picking out a plot, picking out a gravestone,” John said. “I don’t want anybody to have to do that. I wouldn’t wish it on my worst enemy.”

The Groves spoke at the Statehouse for the kick off of the annual enforcement campaign.

“There’s a lot of sadness, there is some anger, but we are dealing with that as we do this.” John stated. “Whenever we come and speak it’s actually more therapy for us than people understand.”

As part of the campaign, patrols will be stepped up to combat impaired driving, including a no refusal weekend. That means, if a driver refuses a sobriety test they will be issued an ‘on the spot’ warrant and then will be blood tested at the scene.

Traffic Safety Program Manager Chris Bortz says the blood testing is just another tool in the tool box that law enforcement or prosecutors can use.

“It’s important to keep in mind that blood testing is just a highlighted point [during no refusal weekend], law enforcement and prosecutors can do that anytime throughout the year,” Bortz explained.

This year 2,200 people will be injured or killed by impaired drivers in Kansas. They say if you’re going to celebrate, designate.

In 2017, alcohol was involved in 40 percent of the traffic deaths in Kansas. According to KDOT, the risk of serious injury in a chemical impairment crash is almost five times that of the crash where such impairment is determined to have not been a factor. More striking is the fact that the risk of death is over fifteen times higher in the case of an impairment crash.

“We know a lot of families will be traveling over the Labor Day Holiday weekend and many get togethers will include alcohol,” said Cherokee County Sheriff David Groves. “As a result, our office, along with agencies across the state, want to help make sure everyone gets to and from their destinations safely. In order to do that, motorists will see an increase in law enforcement, who will be specifically looking for those whose driving puts others and themselves at risk.”