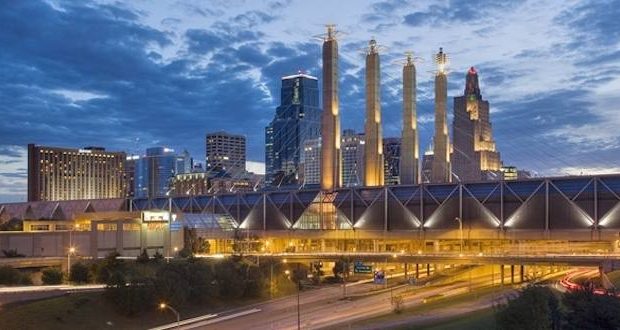 Cities, like individuals, have unique attributes, gifts, and callings endowed by the Creator for the purpose of the building up and expansion of God’s Kingdom as a whole. “Worthy are You, our Lord and our God, to receive glory and honor and power, for You have created all things, and because of Your will they existed and were created. “ (Revelation 4:11 NAS) “ ..all things” would mean cities, too.

John Dawson, in “Taking Our Cities For God” (1989), pp. 19-21, says, “I believe our cities have the mark of God’s sovereign purpose upon them. Our cities contain what I call a redemptive gift. A city is a human institution, and like all institutions it develops a creature hood or personality. I believe God participated in the creation of our cities both in forming their personalities and stationing high ranking angels over each one..”

Considering all this, what would be the “redemptive gift or gifts” of Kansas City? In my investigation, I have identified several of these gifts or unique qualities evident in Kansas City. That includes the Greater Metropolitan area.

First of all, Kansas City, because of its location, is vitally important to the entire nation as “The Heart of America”.

Geography matters to God according to His redemptive designs and timing… “And He has made from one [common origin, source, one blood] all nations [or people groups] of men to settle on the face of the earth, having definitely determined their allotted periods of time and the fixed boundaries of their habitation (their settlements, lands, and abodes). (Acts 17:26 AMP) Thus, Almighty God, who plans cities, has a when and where in mind.

Centrally situated, Kansas City represents the “heart of America”. This is not a novel insight. Many have used this metaphor or figure of speech to describe our home town. In the same way one’s heart centered in the chest cavity is a vital member for the entire body, supplying oxygen and life support to even its extremities, I believe one of Kansas City’s redemptive purposes is to supply spiritual life not only to the other heartland states (Missouri, for example, is surrounded by 8 states, which in turn touch 16 other states forming all in all, a cluster of 25 states or half the Republic), but coast to coast, and beyond that to other nations globally.

Jerusalem, the ancient city of King David, lies in the heart of Israel. On December 6th, 2017, our President acknowledged Jerusalem to be the official capital of Israel. I see Kansas City as a type of Jerusalem for these United States. “And in that day it shall be that living waters shall flow from Jerusalem, half of them toward the eastern sea and half toward the western; both in summer and winter it shall occur.” (Zechariah 14:8) Also Proverbs 4:23 says, “Watch over your heart with all diligence, for from it flow the issues of life.” May we prayerfully watch over and guard Kansas City, the heart of America, for our good and the well being of the nation(s).

Kansas City is known for its fountains. Last year, at one of the convocations for the National Day of Prayer, a number of churches met at the J.C. Nichols Fountain in the Plaza. We read Zechariah 13:1, “In that day a fountain will be opened for the house of David and for the inhabitants of Jerusalem, for sin and uncleanness.” I am convinced that Kansas City, as it is fully restored and united by a fresh revelation of His sovereign purposes, will be a place of Davidic government and Kingdom authority in these last days. The Heart of America will have David’s heart, a heart that knows how to repent and be cleansed.

Kansas City, know your calling! You are a pumping station of wisdom and hope for your country and the world!