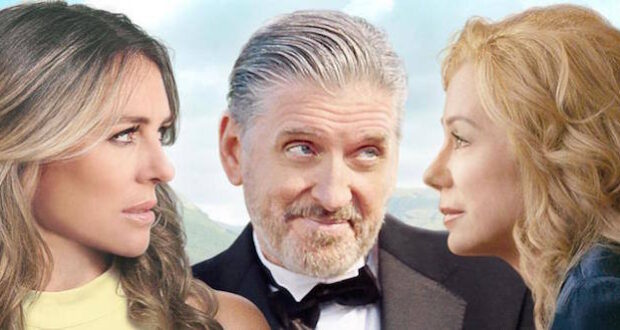 Kathie Lee Gifford believes in the power of redemption. Now the Emmy Award-winning entertainer is sharing that hopeful message in a five-part film series.

Part one of “Then Came You,” a lighthearted romance that she wrote, produced and starred in, is now available on demand.

“Then Came You” follows a “lonely widow who plans a trip around the world with her late husband’s ashes, intending on visiting all the places from their favorite movies. During her first stop in Scotland, she meets the innkeeper of the Bed & Breakfast she’s staying in who ends up changing her life forever,” the film’s synopsis reads.

Gifford, who like the character of the movie lost her husband in recent years, hopes the film will impact anyone who feels trapped in grief and is looking for another shot to live out their God-given passions and dreams.

“I’ve written this movie but it’s the first of five that I have mapped out,” Gifford said. “In this movie, it’s a story of total redemption and as redemption often is, it takes a long time. I didn’t want some packed kind of religious movie, because I’m not a religious person. I’m not. I love Jesus. I’m a faith-filled person but I’m not comfortable around religiosity at all. From reading scripture, Jesus wasn’t, either. The only time he got angry was at the religious people, the Pharisees and the Sadducees.”

Gifford, who lost her husband Frank, hopes the film will help viewers process their own grief.

“If you live long enough, you’re going to experience that kind of loss in life and that kind of grief,” she said. “So as believers, that’s why I could hold my dead husband in my arms and rejoice. I knew where he was. It was not a tragedy, it was a triumph of eternal life. We all have our own ways, but hope is so important in a person’s life. When we lose it, there’s nothing left to live for, is there?”

Previous: More than 1,300 children rescued since 2016 according to US Marshals
Next: Simon Wiesenthal Center denounces ad comparing Trump to Hitler