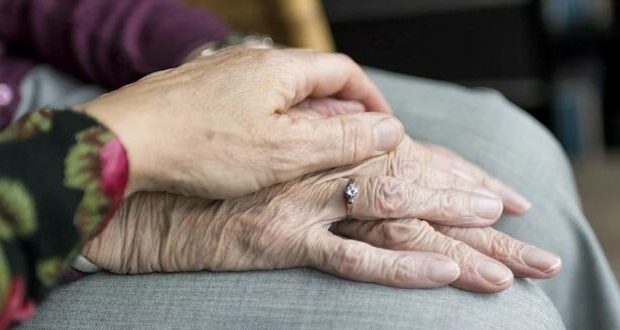 We just got some bad, if not very surprising, news. Newly released Centers for Disease Control data show that life expectancy fell significantly in 2020. And, no, not just because of COVID-19. The shift is more seismic than what can be explained by the pandemic alone.

“Life expectancy in the U.S. fell by 1.5 years in 2020, the biggest decline since at least World War II,” the Wall Street Journal reports. “Provisional data released Wednesday by the Centers for Disease Control and Prevention showed that American life expectancy dropped to 77.3 years in 2020, roughly the same level as in 2003, erasing years of hard-won gains in the nation’s public health.”

Of course, a decline in life expectancy is to be expected amid a serious pandemic. And, per the Journal, COVID-19 was either the direct cause or a contributing cause for 385,201 American deaths in 2020. But beyond these deaths, many of the factors driving the drop in life expectancy likely had more to do with the government’s heavy-handed response to the pandemic than the virus itself.

For example, COVID was the 3rd leading cause of death in 2020. The first two were heart disease and cancer. In both cases, these lethal threats were exacerbated by government lockdowns intended to curb the spread of COVID-19.

“Many people skipped or delayed treatment last year for conditions such as diabetes or high blood pressure and endured isolation, stress and interruptions in normal diet and exercise routines,” the Journal explains. Similarly, many people delayed cancer screenings and other crucial medical care due to government shutdowns.

In these ways, the government’s “cure” for the pandemic fueled other forms of disease. So, too, deaths of despair increased as lockdowns drove mental health problems, economic crisis, and isolation. For example, lethal drug overdoses spiked 29 percent last year. An astounding 93,000 Americans lost their lives to this cause. Why?

“Lockdowns and other pandemic restrictions isolated those with drug addictions and made treatment harder to get,” the Associated Press reported.

Of course, proponents of government pandemic interventions would say that these second-order effects, while tragic, were necessary byproducts of lockdown orders we needed to stop the pandemic. The problem with this argument is that it’s unclear that lockdowns actually accomplished anything.

“Dozens of studies have since shown little to no correlation between lockdown stringency and containing the spread of COVID-19. From Florida to New York, states that took different approaches to handling COVID-19 have shown no clear pattern illustrating the success of harsh containment measures, despite their drastic costs.

Indeed, one study even concluded that COVID-19 spread the most virulently at home—suggesting that “stay at home” lockdown orders were more than ineffective, and actually counterproductive. Similarly, research from the Rand Corporation found no evidence that the measures worked. And another analysis found that the costs of mitigation efforts exceeded the benefits for 89 percent of the population.”

So, any benefits actually derived from the arduous and painful lockdown measures were minimal, at best. But as Americans’ dropping life expectancy shows, the costs were grave and undeniable.