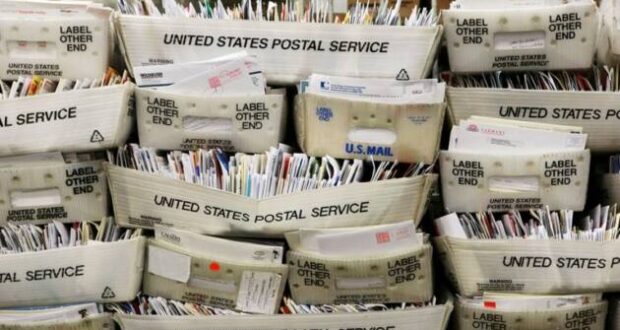 Another incident dealing with a US mail carrier is giving voters doubts about mail-in voting. A contract carrier of the U.S. Postal service was sentenced Wednesday for stealing mail.

During his time as a contracted USPS mail carrier between April 1, 2018 to Aug. 7, 2019, Bangs was identified as the mail carrier for a neighborhood that complained about missing or opened mail.

READ: What you need to know about mail-in ballots

After an investigation by the USPS Office of Inspector General, Bangs admitted that he targeted customer mail that he believed contained cash between Feb. 2019 and Aug. 2019. According to court documents, he admitted to stealing mail from at least 67 victims.

The incident is a string of mail theft cases across the nation in which mail carriers were later charged. In some cases, carriers destroyed tens of thousands of pieces of mail because, they said, there was too much to deliver.

“Our office is proud to partner with the U.S. Postal Service to stop mail theft in our Nevada communities—including by holding accountable those who betray the public’s trust,” U.S. Attorney Trutanich said in a statement.

“The American public trusts that U.S. Postal Service employees will obey the law and honor the commitment to their duties. When that duty and trust is violated, the Postal Service Office of Inspector General (USPS OIG) investigates those matters,” Special Agent in Charge John D. Masters said.

Democrat governors across the nation are pushing for mail-in voting which is different than absentee voting. In 2016 30 million individuals across the nation asked for and received absentee ballots. The process requires voters to request ballots and pick them up personally, allowing for voter identification. With mass mail-in ballots that Democrats are pushing for in 2020, ballots are delivered to every household without regard to verifying if the voter actually occupies the residence or has died.

Experts believe that over 80 million unverified ballots could be mailed out this year.