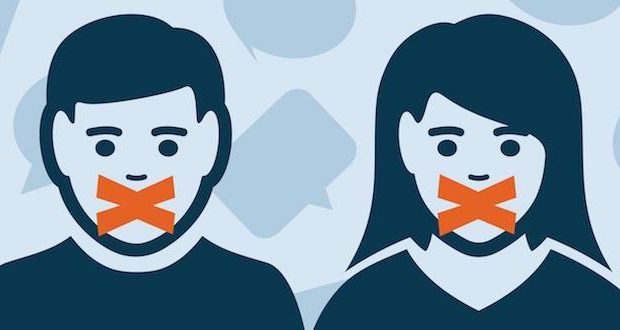 A man who was ticked by police and told to stop speaking to people about his pro-life views is now suing the city of Portland, Ore., for $300,000.

This past June, 2019, Mark Mayberry was in Portland’s Waterfront Park holding a pro-life sign, handing out tracts and talking to people about the Gospel and his pro-life views. It was at that moment he was approached by police and asked to stop speaking. Mayberry refused, saying he had a constitutional right to speak.

KOIN-TV reports that’s when the park employee wrote him a ticket for “failure to obey a park officer” and told him he could not come back to the park for 30 days. The citation also accused Mayberry of harassment for speaking to people in the park.

READ: The media got it wrong again on abortion in Missouri

“While Plaintiff expressed views that were undoubtedly controversial to some, his speech and conduct were civil, peaceful, and by no means incendiary,” Hacke wrote.

Mayberry challenged the tickets in July, and the charges were thrown out. But his attorney says he’s not been back to the park.

“Despite being cleared to resume free speech activities at Waterfront Park without fear of penalty, Plaintiff has not returned to the park – largely due to well-founded fears that he will be cited again,” Hacke writes.

Mayberry is suing the City of Portland for claims amounting to about $307,000, believing the city should be held accountable for its unlawful acts against him. According to KOIN, in addition to money for mental and emotional distress, the lawsuit is asking the court to penalize the city for violating a Ninth Circuit US Appeals Court order from 2006 that made it clear the city could not restrict free speech at public events.

Speech codes proscribing what can or cannot be said are impinging more and more on the preaching of the Gospel. Even the mere reading aloud of the Bible can be tagged as hate speech, if homosexuality is criticized, or if belief in Jesus Christ is presented as the only way to God. These incidents are cropping up in America, but one of the most notorious one happened overseas, where free speech is supposed to also be highly valued.

In March, Christian Concern in Britain launched a petition (“Christian street preachers should be free to share the gospel, even where it means challenging the beliefs of others”) after a street preacher in London was arrested earlier by police for what was termed a “breach of the peace.”

Video of the arrest of Oluwole Illesanmi from Nigeria went viral on social media.

In the video officers can be seen forcefully asking the preacher to stop preaching, before arresting him.

“What are you doing here?” the officer asked the preacher, who was heralding the Gospel near Southgate Underground station in London.

“I am preaching,” he simply replied.

“I am going to require you to go away,” the police officer stated.

“Well then, then I will arrest you for a breach of peace,” the police said.

“What breach of peace?” asked the Christian man.

“It’s what you’re doing at the moment,” the policeman explained. “You’re causing problems — you’re disturbing people’s days and you’re breaching their peace. If you won’t go away voluntarily, we will have to arrest you.”

“I will not go away, because I need to tell them the truth — because Jesus is the only way, the truth and the life,” the preacher responded.

“But nobody wants to listen to that,” the officer snapped. “They want you to go away.”

At this point, the officer handcuffed the man, before an additional officer snatched his Bible out of his hands.

“Don’t take my Bible away,” the man cried.

“You should have thought about that before being racist!” the officer replied.

Police admitted that no one accused the preacher of saying anything racist despite what the arresting officer said.  In fact, Christian Concern reports Olu was later “de-arrested” and “dropped off in an unfamiliar suburb without enough money to get home” following his shocking arrest.

“Thankfully, a kind member of the public gave him some money, but what did the preacher do next?” the group’s Facebook post added. “He went straight back to Southgate tube station and continued to preach the gospel of Jesus Christ that same evening.”

Previous: Founder’s son-in-law speaks out on why he left Church of Scientology
Next: Sarah Palin discusses pending divorce in interview with James Dobson