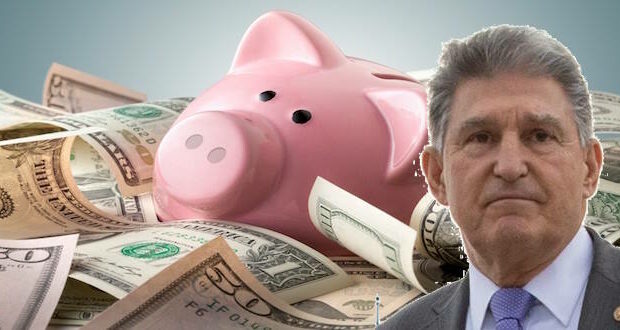 “Fiscal insanity” is how Sen. Joe Manchin (D-W.Va.), describes the Democrat’s $3.5 trillion spending bill as it comes up for a vote today. Manchin, who is pro-life but typically votes in line with party leadership, says it will not get his vote unless serious changes are made.

The nation’s liberal media establishment has given the bill almost universal positive coverage. There could be a reason. Part of the bill includes a special journalism “tax credit” equal to 50% of the salary of each journalist—up to $50,000 per journalist annually. The tax credit could be worth billions to the nation’s liberal news elite.

That kind of partisan spending, something which journalism ethics leaders call dangerous, could be one reason Manchin is opposed.

“I cannot—and will not—support trillions in spending or an all-or-nothing approach that ignores the brutal fiscal reality our nation faces,” Manchin said in a statement late on Wednesday.

Manchin’s vote is critical to the bill’s passage and told reporters Wednesday that he believes it will take “a while” to work out the specific changes needed to pass the broad measures proposed in the Biden-backed “Build Back Better Act,” which was not drafted in a bipartisan fashion.

Without elaborating on the specifics on his discussions with President Joe Biden, Manchin said that “[the] reconciliation [bill] is going to take a while; it’s not going to be a week or two or three weeks.”

“I want to do a tax overhaul. One thing you understand that all Democrats agreed on, there’s not a lot of things we all agree on, is that the 2017 tax cuts are unfair and weighted toward the high end. Let’s fix that. That’s the reconciliation,” Manchin said. “I think we can get a good bill done. I really do, if we work in good faith.”

Republicans are universally opposed to the $3.5 trillion measure, which passed in the House on Aug. 24 amid the Afghanistan withdrawal crisis. Aside from Manchin, Sen. Kyrsten Sinema (D-Ariz.) is another Democrat also believes the price tag proposed by the party leadership is too high.

Progressive Democrats, meanwhile, have again threatened to derail a separate $1.2 trillion infrastructure bill—a second element of Biden’s “two-track strategy” for his Build Back Better agenda that would finance highway, internet, and other infrastructure projects—unless moderates back the $3.5 trillion package as well.

Earlier in September, Manchin argued in a Wall Street Journal op-ed that the measure would create “inflation and debt.”

“Spending trillions more on new and expanded government programs, when we can’t even pay for the essential social programs, like Social Security and Medicare, is the definition of fiscal insanity,” the senator said in his statement on Wednesday.

“Proposing a historic expansion of social programs while ignoring the fact we are not in a recession and that millions of jobs remain open will only feed a dysfunction that could weaken our economic recovery.”

As part of the 2017 tax cuts, taxpayers in Blue states like New York and Massachusetts were stripped of a tax deduction on high state taxes. For years it was paid for by the rest of the nation. Then-President Trump and Republicans said at the time that high tax, Democrat-run states, should lower their taxes instead of requiring taxpayers in low tax states like Missouri, Texas and Florida to subsidize them.