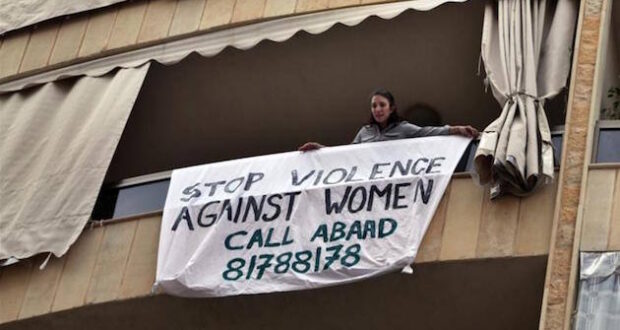 A Lebanese woman hangs a banner from her apartment building.

As billions of people around the world are told to stay safe at home, many are finding that home is not always a safe place. Middle East Christian satellite broadcaster SAT-7 said interest in its live programs tackling domestic violence has skyrocketed since people have been told to stay home. In a statement, the ministry shares that viewers’ cries for help on social media “never stop.”

In the Hamas-controlled Gaza Strip, one agency reported a 30 percent increase in violence against women and children since the lockdown began. That number is on top of a rate of mental and sexual abuse against children and women that is already  higher under its Islamist-imposed sharia law that often punishes the victim with death when the abuse is exposed.

In Lebanon, a domestic violence helpline set up by the Internal Security Forces has seen calls double. And in Iran and Turkey, “many women dare not speak out” for fear of being beaten, according to a report by news organization Al-Monitor. 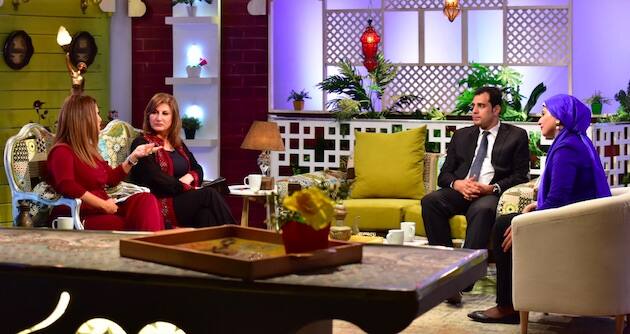 “There were issues between my husband and I before these events, before the home quarantine. There were problems and violence and beating and insults,” a woman says in a secretly recorded video.

“Now, after the quarantine, it’s increased a lot. A lot. Our [financial] situation is very bad, and we’re at our wit’s end. If the landlord comes to ask him for money, he takes it out on me.”

Arab news outlet Al-Jazeera reported that the woman, whose identity is being withheld to protect her, sent the video to Abaad, a Lebanese NGO promoting gender equality.

Cases of domestic abuse in Lebanon have skyrocketed amid a nationwide lockdown aimed at preventing the spread of the coronavirus. The measure has compounded the effects of the country’s worst-ever economic and financial crisis.

Since stay-at-home orders began, crisis support groups around the world have reported an alarming increase in the number of women and children being abused at home, with U.N. chief Antonio Guterres calling it a “horrifying global surge.”

In the Middle East, where victims of domestic violence are often afraid to speak out, women suffer in silence as partners and husbands lash out — physically and verbally — driven by lockdown stress. But there’s hope for those suffering as live satellite television programs offer a unique lifeline — reaching millions in their own living rooms, tackling the taboo topic head-on, and giving on-the-spot Christian counsel to viewers and those on social media.

Job losses, stress over bills, and cramped living spaces are sending many people over the edge, said Marianne Daou, who co-presents SAT-7’s From Heart to Heart Arabic language show with her husband, Rawad, in Lebanon. “All this makes them tense, upset, and angry… which can lead them to take their anger out on each other or on their children,” she said.

COVID-19 is a “one-of-a-kind situation that we’ve never experienced before,” said Jessy Tohme, a counselor on the show, who challenges parents to make home a safe place for their children. “It’s hard for everybody.”

Previous: Isolation, quarantine, executive orders and the constitution
Next: Matt Damon and the local non-profit he founded, push for clean water to fight Covid-19