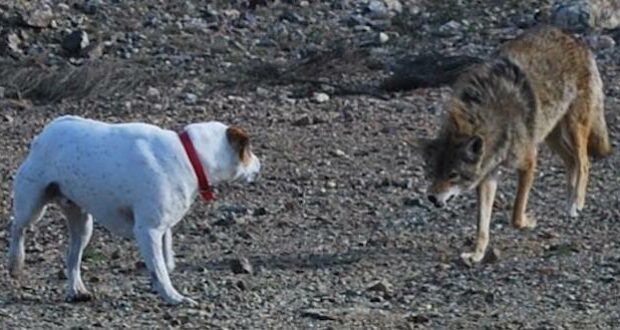 Missouri and Kansas residents warned about risk to pets from coyotes

Both Missouri and Kansas natural resource officials are warning the public about coyotes.

The Missouri Department of Conservation says the residents should keep in mind that we’re now in what are four very active months for coyote activity. That’s true for both Missouri and Kansas. Breeding season begins in February, with mothers giving birth within two months. That means the animals will be searching for food.

The coyote ranges throughout Kansas from woodlots in the east around the state’s major metropolitan areas, through the grasslands of the Flinthills, to the intensively-managed agricultural landscape in the west. In the Sunflower state, Coyote hunting has been practiced for more than a century, but the state’s coyote population has more than tripled since the 1980s.

“Unlike many other kinds of wildlife, coyotes adapt particularly well around human development and coexist with people in many places.  These areas can include municipal parks and other urban green spaces, golf courses, cemeteries, suburban wooded common areas, and even within subdivisions themselves,” the department said in an advisory this week.

The department says that’s why coyotes can end up running into pets, which they attack not because of a need for food, but for the competition for it.

As Kansas City‘s regional population edges towards two million residents, there are still hundreds of encounters each year.

What can you do to minimize the risk to your home and pets?

Food sources: Don’t leave pet food outside. Cover your trash cans, and wait as long as you can before putting trash and recycling out for pick up.

Fear: Use whatever scare tactics work for you if you see coyotes approaching. Yell. Spray a hose. Use an air horn. Some people have been known to bang pots and pans.

Kansas officials say your efforts will be futile if neighbors are not al so following these guidelines. If you are experiencing problems with coyotes, or have any questions regarding them, contact your nearest Kansas Department of Wildlife and Parks agent.