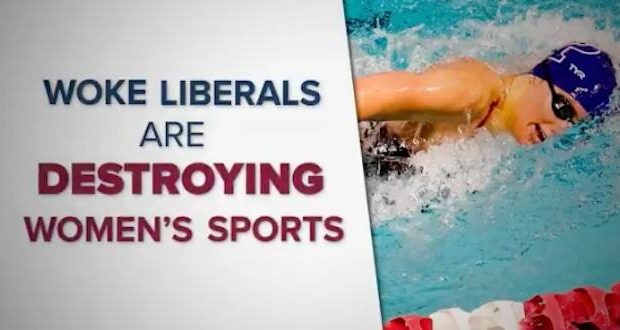 Missouri Senate candidate Vicky Hartzler is tackling the destruction of women’s sports by transgender men in a new campaign commercial.

The six-figure advertisement is set to run through March 18, coinciding with NCAA winter championships.

I ran and coached girl’s track, and I won’t look away while woke liberals destroy women’s sports.

Women’s Sports are for Women, not men pretending to be women.

Some people are afraid to talk about it, not me. pic.twitter.com/mmwZFORJss

Hartzler, formerly a women’s track runner and coach, is touching on an issue that has proven popular not just with Republicans, but also Democrats. A Gallup poll last year found that 62 percent of Americans supported requiring athletes to play on a team that corresponds with their sex at birth — similar to battleground polling conducted by the National Republican Senatorial Committee in September, which put that figure at 64 percent across the board. Among Republicans, 83 percent back a ban on transgender athletes, according to the polling.

“Some people are afraid to talk about it,” she continued. “Not me. I’m Vicky Hartzler, I ran and coached girls’ track, and I won’t look away while woke liberals destroy women’s sports. Women’s sports are for women. Not men pretending to be women.”

Some on social media both condemned and praised Hartzler. One said, “Some people are afraid to be transphobic and spread hate speech, but not me. I’m Vicky Hartzler and I’m an awful human.” But others cheered her with comments like “Thanks for speaking up on this, and with such clear language #SaveWomensSports,” and “Thank you — from all of us sport playing/loving women & girls.”

In early February, 16 members of the Penn women’s swimming and diving team sent a letter to the University of Pennsylvania and the Ivy League asking them to refrain from suing the NCAA over its new athlete inclusion policies that would bar Lia Thomas, formerly known as Will Thomas, from participating in the NCAA championships in March. They stated, “We have been told that if we spoke out against her inclusion into women’s competitions, that we would be removed from the team or that we would never get a job offer.”

In the letter, the swimmers note, “Biologically, Lia holds an unfair advantage over competition in the women’s category, as evidenced by her rankings that have bounced from #462 as a male to #1 as a female. If she (Thomas) were to be eligible to compete against us, she could now break Penn, Ivy and NCAA women’s swimming records; feats she could never have done as a male athlete.”

Previous: St. Louis among cities with highest inflation
Next: Missouri and Kansas residents warned about risk to pets from coyotes