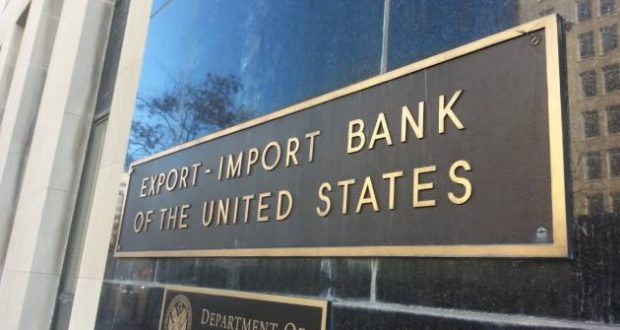 Several conservative members of Missouri’s Congressional delegation are being attacked by a fiscally conservative political organization over the U.S. Export Import Bank.

The issue is their vote to extend the charter of the U.S. Export-Import Bank. The bank is a federal agency that loans money to foreign companies to help them buy American products.

In recent years the bank has been accused by conservatives who say it peddles in “corporate welfare” and ends up negatively impacting the free market using taxpayer funds.

A direct mail ad listed those and other reasons, saying the bank “unfairly extends taxpayer-backed-handouts” to foreign companies like Air China and Saudi Armco, the state-owned oil giant, and that Long voted for a “boondoggle.”

An additional news release from Americans for Prosperity included info that the bank is a target from dozens of fraud allegations.

The mailer, which has an “O” rating for “Outrageous Waste of Money,” urges recipients to call the Representatives and tell them to “fight against outrageous waste like the Export-Import Bank.”

“Members of Congress who voted to allow the Export-Import Bank to continue to perpetuate fraud at the expense of Missouri taxpayers should be held accountable.”

“Members of Congress who voted to allow the Export-Import Bank to continue to perpetuate fraud at the expense of Missouri taxpayers should be held accountable,” said Jeremy Cady, the state director for Americans for Prosperity-Missouri.

It is unclear whether the legislation they backed is going anywhere.

Senate Majority Leader Mitch McConnell, R-Ky., told Politico last month his chamber would not pass the bill as written by Rep. Maxine Waters, D-Calif., but would seek another way to extend the bank’s authority.

Previous: President Trump honored with ‘Witness for Life’ award
Next: Pastors uncertain if U.S. economy is helping their congregations