Home / News / Missouri remains one of freest states, while Kansas not so much 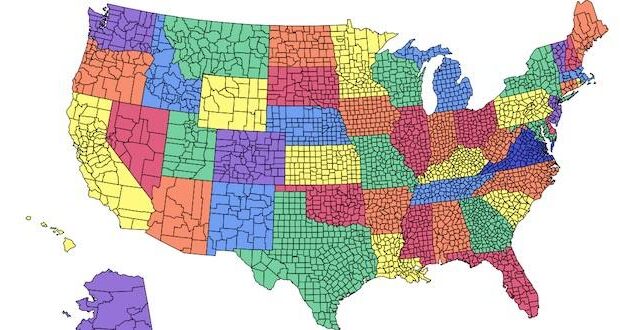 Missouri remains one of freest states, while Kansas not so much

Missouri is the 11th-freest state in the nation, while Kansas ranks 27th, according to the new Cato Institute Freedom in the 50 States report. The Cato Institute is a libertarian think tank in Washington, D.C.

“Missouri is one of the country’s freer states, but in recent years it has run the risk of falling back into the middle of the pack,” the report said. “Its slide in regulatory policy is most worrisome, especially because it is not merely relative but is absolute as well, including and excluding federalized policies.

“Missouri’s local taxes are a bit above average (4.1 percent of adjusted personal income), but state taxes are well below average (4.4 percent of income), making for high fiscal decentralization. In addition, Missourians have some choice in local government, with more than one effective competing jurisdiction per 100 square miles. We show that state taxes have fallen since FY 2007 and overall taxes are less than average. Government consumption plus investment and employment is also below average, whereas debt and cash and security assets are about average.” 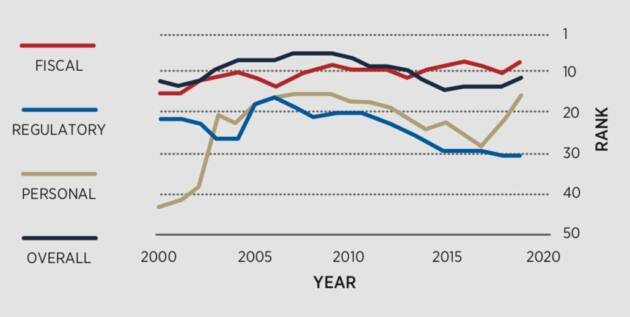 “Kansas made national news with its fiscal policy in 2013/14,” the report said. “The state’s tax cuts were large and reduced the state tax burden from 5.5 percent of income to 5.1 percent, but the next year’s tax hikes bumped that figure back up to 5.4 percent, just under the national average.

Freedom in the 50 States ranks the American states according to how their public policies affect individual freedoms in the economic, social, and personal spheres. Updating, expanding, and improving upon the five previous editions of Freedom in the 50 States, the 2021 edition examines state and local government intervention across a wide range of policy categories–from tax burdens to court systems, from eminent domain laws to occupational licensing and homeschooling regulation.

The authors have also included a new section that analyzes how state COVID-19 responses have affected freedom since the pandemic began.

Interestingly, of the top 10 free states, 9 are governed by Republicans. Of the 10 least free states, 7 are led by Democrat governors.