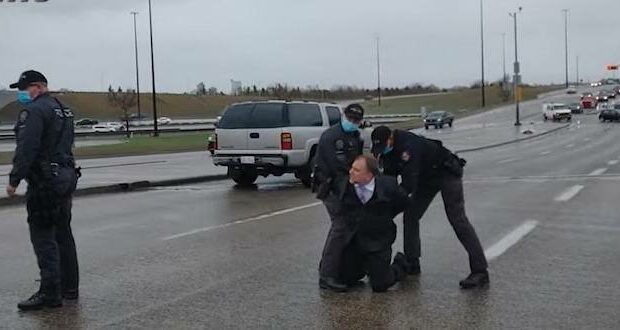 Sen. Josh Hawley calls for Canada to be listed as religious liberty violator for imprisonment of pastor

Canada should be added to a special watch list of religious liberty violators as a Canadian pastor continues to be jailed after addressing the Freedom Convoy on the U.S.-Canada border last month, Missouri Sen. Josh Hawley said.

Speaking at CPAC last weekend, Hawley was asked to comment on the ongoing imprisonment of Pastor Artur Pawlowski, a Polish-Canadian pastor who has been held at the Calgary Remand Centre for nearly three weeks after giving a speech to the anti-vaccine mandate Freedom Convoy blockade along the U.S.-Canada border.

Last June, Hawley sent a letter to the U.S. Commission on International Religious Freedom, urging it to consider adding Canada to its watch list. The letter came after Pastor Tim Stephens of Calgary was arrested for the second time when a police helicopter found his Fairview Baptist Church gathering outside. Since the pandemic, other churches in Canada have faced imprisoned pastors, locked facilities, steep fines and continued interference from government officials.

Pawlowski was arrested for the fifth time since the pandemic just days after he delivered a 20-minute speech to the truckers in Coutts, Alberta, during which he urged them to “hold the line” against government overreach without resorting to violence More than 10,000 people have signed a letter urging Congress to introduce a resolution condemning the treatment of Pawlowski, who was denied bail twice and has spent much of his time in solitary confinement.

“I can feel your prayers, and they keep me strong,” he said. “God allows me to be here for a witness to the entire world, to show what happens when you kick God out of your nation. Lawlessness, injustice, abuse of power and corruption creeped in.”