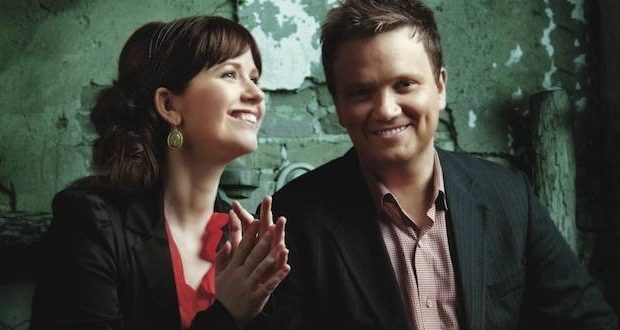 “In Christ Alone” writer Keith Getty is warning church leaders about the modern worship movement, which he describes as one of “cultural relevance” that is “utterly dangerous” and is contributing to the “de-Christianizing of God’s people.”

In an interview Getty said many modern worship songs focus on emotionalism rather than sound doctrine and Scriptural truths. This, he said, leads to a generation ill-equipped to understand or defend the Christian faith.

“An authentic generation doesn’t begin with catharsis; it has to begin with an authentic picture of the God of the Bible,” he explained. “Over 75 percent of what are called the great hymns of the faith talk about eternity, Heaven, Hell, and the fact that we have peace with God. Yet, less than 5 percent of modern worship songs talk about eternity.”

“Many worship songs are focused on this Earth,” Getty told the Christian Post in 2019. “I believe that the modern worship movement is a movement for cultural relevance. It’s a de-Christianizing of God’s people. It’s utterly dangerous. I have no quibbles saying, ‘Enough is enough.’ This can’t happen to build an authentic generation.”

Keith Getty and his wife, Kristyn, are passionate about fostering a “reformation” in worship music: “Part of our campaign is to get our generation to know the great hymns of the faith,” Getty says. “It’s not about a fascination with the time period; it’s about writing music that explains the Gospel and is also beautiful art.”

“Beautiful art lasts,” he said. “At the end of the day, a song you sing for 50 years is more valuable than one you sing for 50 months. We live in the most exciting generation to be a Christian, but it’s also the most challenging generation. This idea that Christianity is cool or easy is not biblical. It’s a misnomer for our generation. Through music, we want to build deep believers who know and love Christ.”

In October 2019, the Gettys released their latest album, Sing! An Irish Christmas – Live at the Grand Ole Opry House. Recorded live at the iconic Grand Ole Opry House in Nashville, Tennessee, the Gettys brought together a group of world-class guest artists to perform song selections that span across hundreds of years of celebration of Jesus’ birth.

“We are promoting songs we want you to sing around your house and in your churches and for years to come,” the Northern Irish Christian singer shared. “The heart of this album is to get listeners to know and sing the great carols of the faith to themselves and as a family this Christmas.”

In the album, the Gettys present new interpretations on Christmas staples such as “Joy To the World,” “Come Thou Long Expected Jesus,” and “Silent Night.”

Getty, who has been writing Christmas music for 14 years, said he is continually struck by the “pastoral” impact Christmas carols have on audiences.

“I look at people at a cold winters night huddled together and singing, ‘Come Thou Long Expected Jesus,’ and I wonder what sadness or disappointments they’ve had this year,” he shared. “What doctor’s news have they had this year; what person is no longer there this Christmas? What aspect of their life needs to know that, dear Christ will enter in?”

Other familiar songs such as “Silent Night” and “God Rest Ye Merry Gentleman” drive home the importance of the Sabbath, Getty said. “People in Manhattan on the 18th of December, for example, don’t understand rest. They’re trying to balance kids and church, family dysfunction and getting ready for Christmas. Sitting in the quiet, singing, ‘Silent Night,’ is so healing,” he stressed.

According to Getty, Sing! An Irish Christmas combines his love of his historic carols and passion for congregational singing.

“In a culture where marriage is in a state of confusion, children are growing up in dysfunction, and we can’t even have a frank discussion about social and political issues, what could be more radical than people gathering together to sing about the Christ-child?” he declared. “What could be more community building and affirming than the Good News of the Gospel?”

Three years ago, the Getty’s — who this year won a Dove Award for Inspirational Album of the Year — launched the Sing! Conference to bring together worship leaders, pastors, and those involved in church music ministry to explore together the connection between music, theology, and artistry.

Now, the Sing! Conference is a global movement. This year, the couple hosted sell-out Sing! conferences at the Belfast arena in their native Northern Ireland, and another at Edinburgh’s Usher Hall, marking the launch of the first Sing! global arena tour.

In August, the Sing! Conference in Nashville featured speakers John Piper, Joni Eareckson Tada, along with musical performances by the Gettys, Ellie Holcomb, and Trip Lee, among others. The three-day event saw over 13,000 attendees, nearly half of whom were younger than 40 years old.

“We think, after this year, with the number of universities getting involved, the Sing! Conference will be a majority under 40s conference,” Getty said. “There are 82 church music conferences in America and this is the largest. And this is the only one that doesn’t work with contemporary radio. We don’t use the lights-camera-action stuff of the previous generation. We’ve dumped all of that, yet we’re getting more under 40s of any church music conference.” 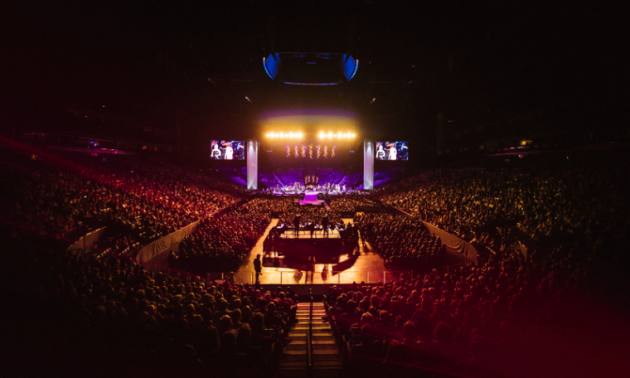 The Getty’s perform to a packed crowd.

The success of the Sing! Conference with millennials, the songwriter noted, indicates younger generations are “less convinced by the seeker-sensitive purpose-driven hype of making Christianity seem cool.”

“They want to know, ‘is this true or not?’” he contended. “People think this conference is conservative and on one level it is, but on another level, the range of denominations attending is pretty broad. They’re all terrified of what the next generation is singing and don’t know what to do.”

“We don’t know all the answers,” Getty added, “but we’re trying to get people to sing doctrine and get hymn writers that are writing high-quality music with artistic merit.”