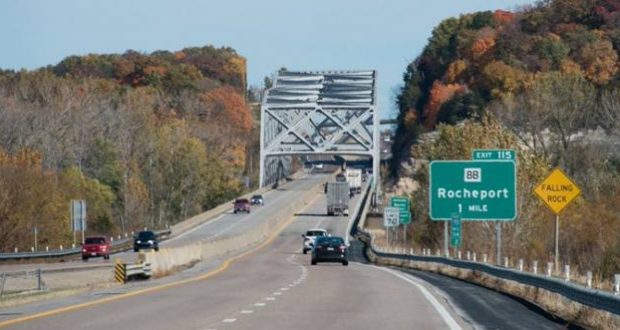 Motorists traversing the state and crossing the Missouri River will be spared major headaches after the state Department of Transportation (MoDOT) has received an $81 million federal grant. The money will help replace the aging I-70 bridge in mid-Missouri’s Rocheport, a bridge that carries millions of vehicles annually.

Parson says the funding will allow the existing bridge to be used during construction of the new bridge. Senate President Pro Tem Dave Schatz, R-Sullivan, says motorists would have faced three to eight-hour backups without the grant, under a bridge rehabilitation.

“When you put the commerce that goes across I-70 basically in those types of traffic jams, you know seven, eight-hour traffic jams, the reality of what that really costs at the end of the day is astronomical,” Schatz says.

“Within 48 hours, there are trucks that are traveling across that bridge that are ending up somewhere within the lower 48 states in the United States,” says Schatz.

The successful effort to land the $81 million grant has the strong, bipartisan support of Missouri’s congressional delegation. Hartzler tells Missourinet that U.S. Reps. Lacy Clay, D-St. Louis, and Emanuel Cleaver, D-Kansas City, signed her letter in support of the project.

“I think Senator Blunt, Senator (Josh) Hawley, going to bat for Missouri obviously making the case for how critical this is to our state, not only to our state but to the economy in general across the whole country,” Schatz says.

Governor Parson says the grant will allow the $240 million project to build a new six-lane I-70 Rocheport bridge near the current one, as well as reconstructing the nearby Route BB interchange. The governor expects construction of the new bridge to begin in 2021.

The grant will also mean $301 million in state bonding that is expected to repair or replace another 215 bridges across the state. Schatz sponsored that provision in the Senate.

Previous: Pregnant mom of two killed by jihadists in Nigeria
Next: Hall of Famer Rivera: I won’t turn my back on Israel, Trump