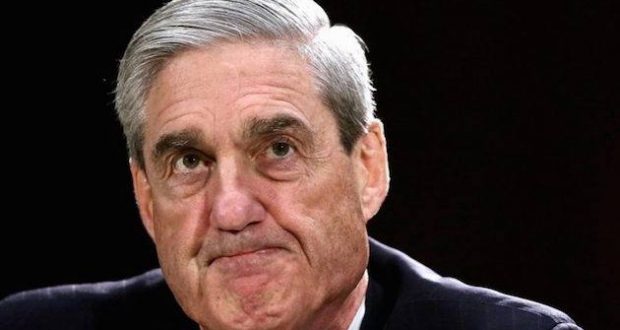 In a greatly anticipated press conference Wednesday morning, Special Counsel Robert Mueller rebuffed Democrat leaders’ attempts to force him to testify before Congress saying the investigation is closed. He said he was closing the special counsel’s office and returning to private life.

The Mueller report found no evidence of any election conspiracy between Russia and the Trump campaign, but it found plenty of evidence that Russia did interfere on its own. But that has not stopped attempts from Democrat leaders of Congress to push for more investigations and even impeachment.

Mueller indicated there would be no point in him testifying before Congress about the investigation, saying the written report of the special counsel speaks for itself and that the words were carefully chosen.

“I do not believe it is appropriate for me to speak further,” he said. For that reason, he did not even take questions from reporters.

Mueller says Russian intelligence officers who were part of the Russian military stole private information and released it to interfere in our election. A private Russian entity engaged in a social media operation as well to interfere in our political system. Their activities were equally on behalf of the Clinton and Trump campaigns in an effort to sew discontent and distrust between Americans thus deepening the political divide.

It appears to have worked as Democrats and media outlets continue to misconstrue the Mueller report and its findings.

Mueller says his investigation did not provide a conclusion on whether Trump had obstructed justice because that was not part of the scope of the investigation. Had there been evidence, judicial experts agree, Mueller would have most likely made a referral or requested those allegations be further investigated.

“We did not however make a determination as to whether the president did commit a crime.”

Experts note that of the hundreds of people investigated during the past two years, not a single person was found to have been in collusion with Russia. New evidence about Ukraine and Russian officials may now give more fire power to Republicans who have contended the real collusion was with the 2016 Clinton campaign and Obama Justice Department.

Polls overwhelmingly show that the American public is tired of investigations that began before President Trump was sworn in. The new Democrat-controlled House continues to push for more hearings and has gone so far as to ask for the bank records of the entire Trump family – including the grandchildren.

Americans are also saying that the President is showing more presidential qualities in relation to world events and the rapidly expanding economy. Consumer confidence is its highest since the months before the September 11 terrorist attacks in 2001.