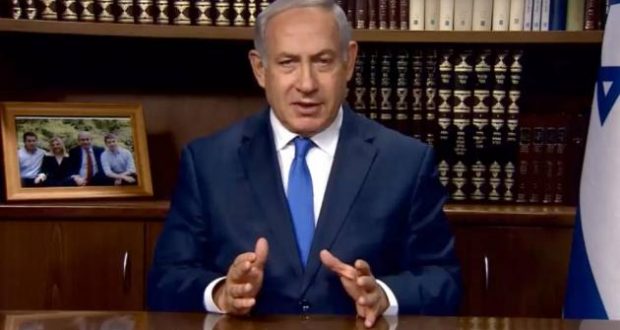 In a heartfelt televised address, Israeli Prime Minister Benjamin Netanyahu expressed his gratitude in a Christmas greeting to Christians around the world, and in the US in particular, for their strong support of the Jewish state.

“We’re united in a shared destiny. I want to thank you for all your support,” he said in the pre-recorded video message.

The Israeli leader went on to point out that believers are living in a time when biblical prophecies are unfolding at lightning speed.

“We live in historic times. The ancient prophecies are being realized,” he said. “The people of Israel have ingathered their exiles, come back to the Promised Land, built Zion, reunited our eternal capital, Jerusalem.”

“And in fact, the American Embassy was just recently moved there in a historic move by President Trump,” he added. “This is all important. What we’re witnessing is the dream of centuries, the dreams of millennium being realized. And we’re doing it with your tremendous support.”

Netanyahu noted that the shared religious heritage of Christians and Jews was not lost on the state of Israel.

“I know what tremendous friends you are, and I want to wish you a Merry Christmas from the Holy Land,” he concluded.