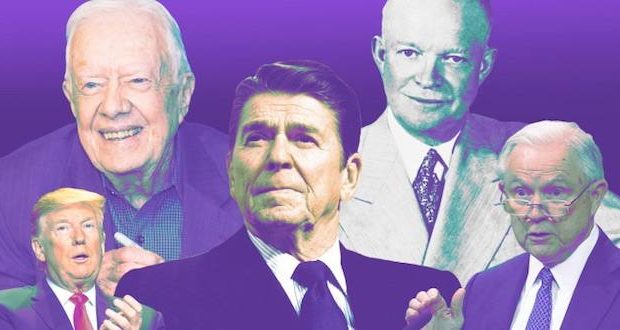 Heard about the Netflix documentary “The Family?”  As the streaming channel’s series go, it is just about as far-fetched as they come. A lot of supposedly smart people – Christians included – have fallen for its nonsense.

The documentary lays claim the uncovering of a “secretive” religious organization – a Christian mafia – called “The Family.” The show alleges this nefarious group has been secretly pulling the strings of their puppet – the United States government for the past 80 years. The only problem is, they’ve been there the whole time. In plain view.

Citing covert meetings with the president and the commissioning of sleeper agents to far-flung lands, the documentary paints a wildly sensationalist picture of a Christian group (real name: “The Fellowship Foundation”), whose primary responsibility was to host a prayer breakfast.

Still, the hype keeps growing, with one local British outlet declaring that streamers of the docu-series have found themselves “too horrified to sleep.”

Are you snickering yet?

Indeed, the reviews have been filed, and the clickbait headlines are beyond ridiculous. “Inside the sinister sect that has infected western democracy,” declared the Guardian, while the Rolling Stone insisted that the documentary exposes an “insidious American theocracy.”

The trailer is equally scandalous, if not plainly unhinged. (See the trailer at the end of this article)

“In my 20’s, I stumbled my way in,” spills the first alleged insider. “And what I found was a secretive Christian organization called the family, that had been hiding in plain sight for 80 years.”

Another breathlessly warns that this is a group “with tentacles around the world;” a gaggle of power-hungry fundamentalists led by the “most powerful man you’ve never heard of” — a man by the name of Doug Coe, who passed away in 2017.

Coe was, by all accounts, a quiet man with a penchant for world peace. In 2001, he organized a historic meeting between two warring leaders, Rwanda’s Paul Kagame and Congo’s Joseph Kabila. This would be the first of a series of covert diplomacy moves that would eventually lead to the signing of a historic peace accord that likely saved thousands of lives.

Does that sound like a slick political operator who was hell-bent on world domination? The Netflix program’s claims are farcical and absurd.

But what of the prayer breakfast itself? “The Family” is, after all, solely responsible for the popular annual event. So, are there clandestine side-room policy meetings and codewords being muttered into the ear of the president? Is the room scattered with secret handshakes? Where’s the alien shape-shifter?

Well, not according to Christian author, Jeff Lucas, who attended the gathering back in 2017.

“We ate eggs and bacon,” he told Premier UK. “No agenda was shared that might lead to world domination,” he chucked.  “[We] met some interesting people, and….prayed.”

Hold the presses! They “prayed.” Que the overly-dramatic music.

Sounds pretty terrifying, right? One can only hope this lazy effort to stir up some kind of reaction among Americans is short-lived and ineffective.

Indeed, as more people refuse to mindlessly consume this far-fetched documentary and instead endeavor to pick through the facts, they will start to see it for what it is — a ham-fisted attempt at smearing well-connected people of faith. Or a satire which may be closer to the truth.

Most astonishingly, however, has been the Fellowship’s response to the documentary. In a culture saturated with lawsuits and sharp-tongued Twitter rebuttals, the group’s calm, encouraging and measured words to Netflix were extremely telling of its true mission. Indeed, despite the multi-billion dollar streaming company devoting 245 minutes of feature content to dismantling and disparaging its work, the group offered nothing but grace.

“Though the Netflix docudrama series mischaracterizes the work of the Fellowship and attempts to portray people of faith in a bad light, we are encouraged by how often viewers are introduced to, and challenged by, the person and principles of Jesus, which are at the core of our mission and message,” the Fellowship said in a statement.

“Perhaps they will also better understand the integrity and transformational impact of this informal network to encourage everyone in a spirit of friendship and reconciliation to love God with all their heart, soul and mind, and to love their neighbor as themselves.”

And for those who are watching, and believing, the Netflix “documentary?”  Lighten up. Big Foot has a bridge to sell you in Kansas.

Say your prayers before you watch the trailer.