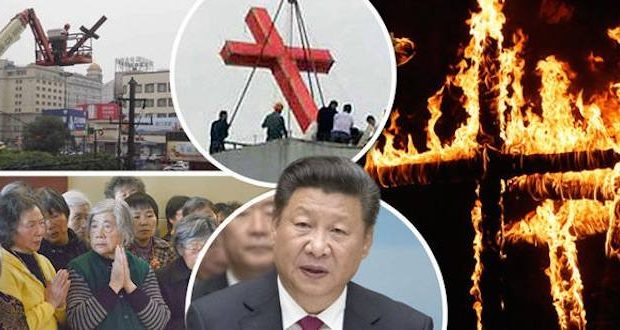 Christians and other religious groups will face “harsh” new rules Feb. 1 in China.  The regulations were announced in late 2019 and religious freedom advocates say they’ll further endanger followers of many religions.

The rules will require “all religious personnel to support and implement total submission to the Chinese Communist Party.” They complete the “Regulations on Religious Affairs” revised two years ago and implemented on Feb. 1, 2018. Six chapters and 41 articles make up the new measures and deal with “the organization, functions, offices, supervision, projects and economic administration of communities and groups at both a national and local level.”

“Christians in China are already under extreme persecution,” said Dede Laugesen, director of Save the Persecuted Christians (STPC). “While very little religious freedom was afforded in China, now every aspect of life for religious groups or communities, including how they gather and operate, will be under the thumb of the government. To add insult to injury, religious leaders will even be required to support and implement submission to the CCP.”

Added Dr. Bob Fu, leader of ChinaAid, “The new rule codifies the CCP’s ideological and leadership supremacy over all religious affairs in China. From now on, the Chinese Communist Party becomes the head of church, temples, mosques and other religious institutions.

The CCP will dominate every sphere of religion, from religious doctrines, leadership selection, financial management and foreign exchanges. There will be little autonomy and independence left for any religious organizations in China. No independent religious institutions such as house churches will be legally allowed or tolerated for existence unless it’s coerced to join the CCP’s established ‘patriotic religious organizations.’” They must also follow strict rules.


Persecution watchdogs warn that the latest measures will be used by the Communist government as a “legal tool to further tighten space for religious groups,” as International Christians Concern stated in an interview. A Chinese Catholic priest also told Asia News the new provisions are another example of the Chinese Communist Party’s continued crackdown on religion, stating, “In practice, your religion no longer matters, if you are Buddhist, or Taoist, or Muslim or Christian: the only religion allowed is faith in the Chinese Communist Party.”

China has put in place, and is exporting to other countries of persecution, advanced population surveillance techniques. The country has also received criticism for enacting a social score system that further encroaches on the right of Chinese to worship freely.

The mission of Save the Persecuted Christians is just that – to save lives and save souls by disseminating actionable information about the magnitude of the persecution taking place globally and by mobilizing concerned Americans for the purpose of disincentivizing further attacks on those who follow Jesus.

One way is through STPC’s “The People of the Cross” exhibit, which features images, facts and quotes about the persecution of Christians in multiple countries. The banner highlighting China reports that Christians in China are tracked and powerless to stop the destruction of their churches. The banner quotes Gordon G. Chang, commentator, essayist and author of “The Coming Collapse of China.”

“The Communist Party’s totalitarian ‘social credit’ system — made possible by artificial intelligence, camera surveillance, data mining and other tools — will also be used to repress Christians and others outside China,” Chang says.

The banner continues: “The Communist Party represses its citizens, imprisons human rights lawyers and pastors, demolishes churches, and has engaged in large-scale forced abortions and organ harvesting. China forbids religious education, collects DNA and biometric data from religious believers, and tortures and kills prisoners of conscience, including many Christians.”

Additional banners in “The People of the Cross” exhibit feature countries such as Turkey, North Korea, Nigeria and India. A majority of the countries highlighted in the banners are high on Open Doors’ 2020 World Watch List, on which China moved up four spots to No. 23.

With so much of the world’s Christian population being imprisoned and/or harassed for their beliefs through arcane rules governing things such as crosses on churches and house worship meetings, the need has never been greater for the sort of grassroots campaign STPC’s SaveUs Movement is working to foster. Its efforts are modeled after a miraculously successful one that helped free another population suffering from heavy persecution — Soviet Jews — by penalizing those in the Kremlin responsible for such repression. Through this movement, the organization endeavors to provide American policymakers with the popular support they need to effect real change worldwide and alleviate systemically the suffering being experienced by so many of those following Christ.