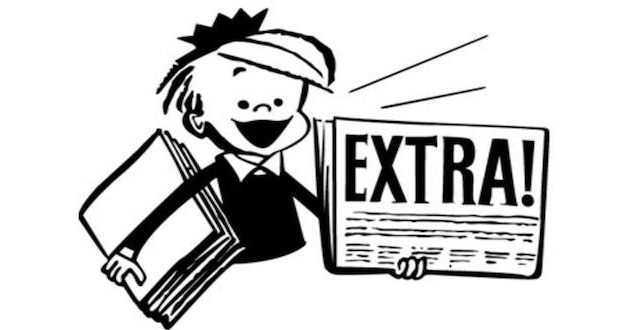 Australia comes to aid of US to confront Iran

One of America’s strongest and most-trusted allies is stepping up to help the Trump administration keep the free flow of oil through the Straig of Hormus. Australia is joining an international military campaign to help guard oil tankers from attacks in the Strait of Hormuz.

The Australian Defence Force will contribute troops, a surveillance plane and Navy frigate to a United States-led effort to protect sea lanes from Iranian interference.

“The government has decided it’s in Australia’s national interests to work with our international partners to contribute to an international maritime security mission … in the Middle East,” he told reporters at Parliament House on Aug. 21.

Uninvited Chinese warships are not welcome in the Philippines. That according President Rodrigo Détente who is warning of  an “unfriendly” treatment for foreign ships traveling in the country’s territorial waters without permission.

The comments came as Communist Chinese warships sail off Manila’s coast creating alarm across the country.

“All foreign vessels passing our territorial waters must notify and get clearance from the proper government authority well in advance of the actual passage,” spokesman Salvador Panel  said in a statement, quoting Détente.

China is putting pressure on Pacific democracies as it moves to extend its militaristic ambitions in the region.

Biden’s lead comes after daily gaffes on the campaign trail with his handlers asking his wife Jill to speak for him on Tuesday. Her comments raised eyebrows as they were seen as a less than wholehearted endorsement of her husband.

Support for Harris in the poll (pdf) plummeted 12 percentage points, leaving her at just 5 percent support.

Biden saw a rise of 7 percentage points, to 29 percent support in the poll. Sanders was at 15 percent, up 1 point, and Sen. Elizabeth Warren (D-Mass.) slipped to 14 percent, down 1 point.

South Bend, Indiana, Mayor Pete Buttigieg was at 5 percent, tied with Harris, while four others had above 1 percent.

In the famous corn poll in which attendees vote with corn kernels at the  Iowa State Fair, the surprise winner was a Republican the media says is behind every single candidate – President Donald Trump. It was the first time in history that a Republican had more votes than all the Democrat candidates combined.

In a sunrise ending, two major pharmaceutical companies have reached settlements totaling $15 million to avoid being defendants in the first federal trial on the drug industry’s culpability for the nation’s opioid crisis.

Dublin, Ireland-based Endo Pharmaceuticals announced on Aug. 20 that it has agreed to pay the Ohio counties of Cuyahoga and Summit, home to Cleveland and Akron, a total of $10 million to settle their suits, which are still scheduled to go to trial against other drugmakers and distributors Oct. 21.

As part of the deal, Endo also agreed to supply $1 million worth of blood pressure medicines it produces for the counties. The counties will determine how the settlement is divided. Allergan, also based in Dublin, has agreed to pay $5 million to settle claims related to its branded opioid.

President Donald Trump said on Aug. 20 that the White House has long-considered cutting payroll tax and rejected warnings about a looming recession.

“Payroll tax is something that we think about and a lot of people would like to see that and that very much affects the … the workers of our country,” Trump told reporters in the Oval Office while in a meeting with Romanian President Klaus Iohannis.

Trump was responding to reports that his administration was considering a temporary payroll tax cut to boost the U.S. economy. This was first reported by the Washington Post on Aug. 19, which said discussions over the potential tax cut are in early stages.

Previous: Ms. Nevada says she was stripped of title for conservative views
Next: Details about ‘red flag’ laws slow rush for more legislation