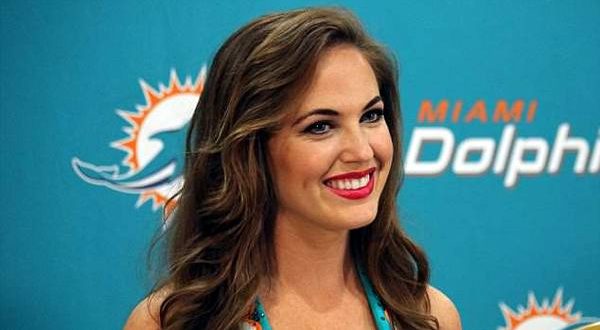 A former cheerleader for the Miami Dolphins has filed a legal complaint, claiming she was discriminated against by both the NFL and her team for her Christian faith and commitment to virginity until marriage. Kristan Ann Ware, 27, who cheered for Miami for three years, filed the complaint with the Florida Commission on Human Relations because she said her Christian faith made her a target of ridicule by other cheerleaders and supervisors, NBC News reported.

Ware says after she disclosed that she was a virgin by choice and was going to remain so until marriage, she was ostracized by the organization. The harassment began in 2015 during a trip to London for a game against the Jets, during which other members of the cheerleading squad were talking about their “sex playlist” on a bus ride. That’s when Ware “was pushed to give her playlist.”

“Kristin told her teammates that she was waiting until she was married because of her personal relationship with God,” the complaint reads.

“She was sensitive to everyone around her having different beliefs and ideals so she further stated that it was her personal conviction.”

That began the ridicule, and it got worse once she put an image of her baptism and a Bible verse on social media. Ware says that cheerleader director Dorie Grogan used the verse to put her faith down during an interview for returning dancers.

“Let’s talk about your virginity,” cheerleading director Dorie Grogan allegedly said during an interview with Ware in April 2016 for returning dancers. “As far as we are concerned, you have taken something that was once upon a time pure and beautiful and you’ve made it dirty.”

Ware, who is no longer cheering with the team, is seeking arbitration from the Florida commission and is requesting a meeting with NFL Commissioner Roger Goodell. She told NBC affiliate WFLA that she “loved” her job but noted it became “unbearable.”

Ware said she made the Dolphins’ human resources department aware of the situation, but the ridicule continued. The complaint says, among other things, that she was forced to wear “angel wings” during a 2016 fashion show in reference to her faith and was falsely accused of “groping a fan’s breast and butt at an appearance.”Bottom of Form

Ware never forced her beliefs on anyone

Blackwell said the former cheerleader “never once” tried to convert anyone to Christianity and would only discuss her personal faith in God “because that’s who she is.”

In fact, Ware only revealed her commitment to virginity after being pressured to do so.

In the legal complaint, Ware alleged Grogan — who was reprimanded but remains on the team — and others on the squad continued to ridicule her for her convictions and religious beliefs.

After a few years of dealing with the issue privately, Ware has worked up the courage to break “the chains of silence” and address the matter.

Previous: Kansas Jobs Grow Thanks to High Costs of Business in Seattle
Next: Trump may attend opening of U.S. Jerusalem embassy