Home / News / Nigeria on fire: A day in the life of their Christians 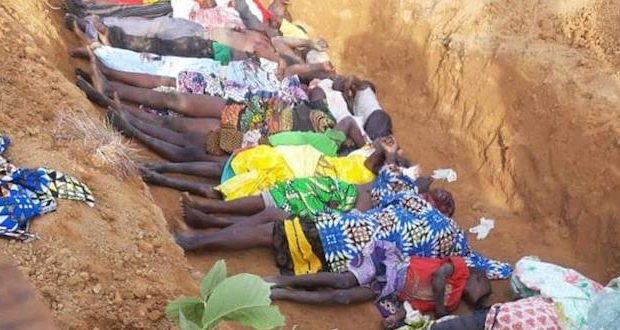 Nigeria on fire: A day in the life of their Christians

Nigeria is on fire. Not that you would know that from the news coverage of the Western press, which rarely mentions the deadly killing sprees in this wealthiest nation of Africa.

In the first four months of the year more than 850 citizens have been murdered, 100 in the month of April alone, according to the International Society for Liberty and Rule of Law (Intersociety). Last year more than 6,000 Nigerian Christians lost their lives, leading John Stonestreet, president of the Colson Center for Christian Worldview, to call the killing “genocide against Christians by Fulani herdsmen aided by resurging Boko Haram terrorists,” according to the Baptist Press. 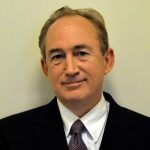 The killings take place on a broad swath of territory stretching across the nation’s northern states, or on its border with neighboring Benin, or Cameroun, and although the grim phenomenon has been building for years, the atrocities appear to be approaching tsunami strength.

Who’s killing who? In some cases the killers are so-called armed bandits who swoop down on lightly defended villages on motorcycles as they did on Thursday in Gobira and Sabawa villages in Katsina, a northern state bordering Niger. In that tragedy, at least 10 were killed by the bandits until they were chased away by police, according to Mark Lipdo, head of the Nigeria-based Stefanos Foundation. Or they may be hapless drivers caught by large gangs of kidnappers who halt traffic on the national highway from the capital of Abuja to the state capital of Kaduna an hour’s drive away. Drivers or passengers who resist capture are shot on the spot. Kidnapping gangs operate with impunity across the country. As a result, commuters are obliged to take standing room only on trains out of Abuja rather than risk the highway.

Some victims are farmers confronted by cattle-herding tribes fighting over access to water and land. Four persons were killed Thursday after an argument between a group of Muslim herders watering their herd in a community stream and local farmers in a village of Ogun State, which borders Benin on Nigeria’s Southwest. 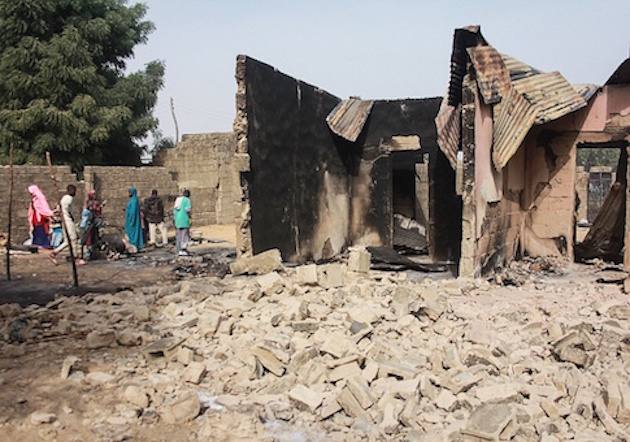 Nigeria’s soaring population has put the Muslim cattle-herding clans on a collision course with farmers looking for more arable land for cultivation. All the same, the killing spree amounts to genocide abetted by the government and passed off as a land dispute, Stonestreet has said.

In virtually all cases the victims, usually Christians, are cut down either by Muslims of the Fulani ethnicity or the Islamic State-linked insurgency called Boko Haram. Terrorists of the latter group struck the town of Madagali in the eastern border state of Adamawa on Monday evening, killing 26 and burning houses.

Fr. Innocent Sunu, the parish priest in Madagali called this reporter on Monday, April 29 to say he was standing under the shade of a large tree with 14 members of his congregation watching a gun battle between an estimated 200 terrorists and a small number of Nigerian Army soldiers, who were exchanging fire and calling for reinforcements. Boko Haram had arrived with trucks, open vans and motorcycles, he said, and the small number of soldiers in Madagali were outnumbered and outgunned.

Nigeria’s elected representatives in Abuja were roiled on Thursday as they confronted President Muhammadu Buhari, recently given another four-year term after a disputed election. 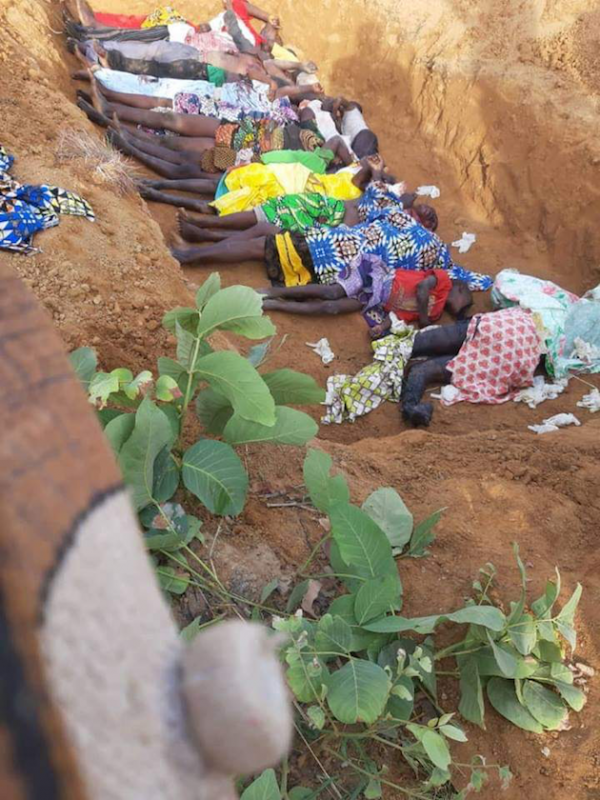 “Mr. President, the North (of Nigeria) is at war,”   Zamfara State Senator Kabir Garba Marafa growled. “Let no one be deceived about this. In two or three years, this situation may be out of control,” he said. Marafa painted a grim picture of a population on the edge from the arid plateaus of the Northwest to the forests of the Northeast. In Zamfara State [on the border with neighboring Niger] , I tell you 75 percent of the men cannot sleep with their wives at night, because they have to stay on guard all night to watch over their communities,” he said. In the state of Kaduna, in north central Nigeria, so many farmers have been forced into internally displaced persons camps, that there is danger of a famine, he warned. “In Kaduna people have abandoned their farms. You either go to your farms with [armed] security or you don’t farm,” Marafa said.

Many Christians in the conflict zones are alarmed now that the Nigerian Federal Government is pledging to pay national leaders of the Fulani ethnicity, the Miyetti Allah Cattle Breeders Association of Nigeria, the equivalent of $276 million over two years to stop the rampant kidnapping along highways in northern states, according to Dede Laugesen, executive director of Save The Persecuted Christians (STPC).

“Since 2015, Kaduna Gov. Nasir El-Rufai of Kaduna State has said he has been giving similar bribes to Fulani from 14 nations to stop attacking the people of Kaduna. El-Rufai provides no transparency or accountability for the use of state funds for this purpose. And, the violence has only gotten worse,” Laugesen wrote in an email Saturday.

The United States has plenty of skin in the game financially. “In 2017, US aid to Nigeria was USD $121M, in 2018 USD $419M was budgeted, and the UNHCR has recommended USD $587M for 2019. Nonetheless, recent accounts tell of internally displaced people eating twigs, dying of starvation and disease, and living without shelter or security,”  Laugesen writes.

Her prescription: “It’s time for the U.S. Congress to investigate the genocidal, religious-based nature of these Muslim Fulani attacks on mostly Christian farmers and the ties between the terrorists and their political allies in Nigeria’s federal and state governments. Nigeria should arrest and prosecute the kidnappers. They certainly shouldn’t hand over money to this group of herdsmen terrorists.
Paying the kidnappers vast sums of money is not a deterrent but an encouragement to continue these evil deeds.”

For American believers Thursday was a worshipful occasion: The National Day of Prayer. President Trump marked it with prayer at the Rose Garden and on his own initiative brought to the podium Rabbi Yisroel Goldstein, head of the California synagogue recently attacked by a gunman driven by bigotry. But for some Christians in Nigeria, including kidnap victims who couldn’t pay a ransom, sleeping farmers in Kaduna and for shop keepers in northern states fighting bandits, Thursday was their very last day.

Douglas Burton is an independent reporter who specializes in ISIS-related terrorism and is a former State Department official who served in Baghdad and Iraq during the U.S. occupation of that country.

Previous: Volleyball discipleship has FCA coaches and players ‘digging deep’
Next: How to know if your parent has dementia