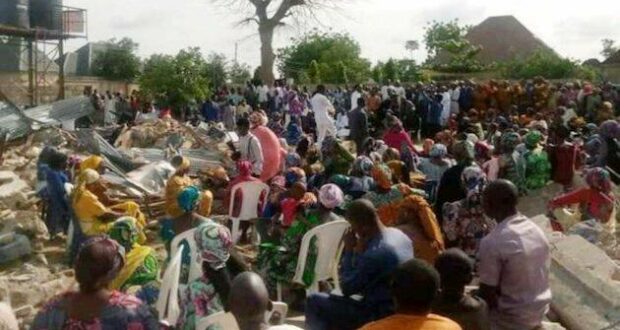 MAIDUGURI, Nigeria—For years Christians in Nigeria’s Borno State have watched ISIS terrorists burn their churches, but now they say the government itself is tearing them down. Now, Nigerian Christians are asking is there anyone who does not want to persecute them.

The demolition of a church in the city that has weathered attacks by the murderous insurgency known as Boko Haram for 12 years has ignited a firestorm of controversy.

Gov. Babagana Umaru Zulum, a Muslim, claims the law is on his side in the destruction of the church, but a popular local pastor says his church is a victim of a “subtle jihad.”

“We are just facing a subtle jihad by the government of Borno, a fight against the Church, and only God in his comfort will deliver us all,” Rev Joel Stephen Billi said just days after the state government demolished his church Aug. 5 in Maiduguri, capital of Borno State.

Even worse, after a crowd of protestors at the scene threw rocks at the demolition crew, they drew fire from “civilian police.”  A pastor’s son and another man lost their lives. Five other protestors were injured.

The governor reportedly condemned the shootings on Aug. 6 and ordered an investigation of the Borno Geographical Information System, BOGIS,  the agency responsible for the demolition and the security guards. 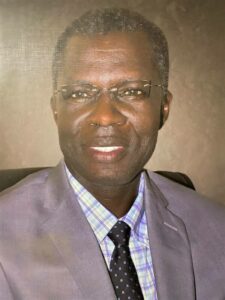 The church members were not deterred from worship. Rev. Billi, the President of the Church of the Brethren in Nigeria, widely known as Ekklisiyar Yan’uwa a Nigeria (EYN), gathered with hundreds of worshippers, and held service on the rubble of the demolished church on Sunday morning, Aug. 8.

Bishop Mohammed Williams Naga, chairman of the Christian Association of Nigeria (CAN) condemned the killings at a press conference Saturday and demanded that the state rebuild six Christian churches demolished in the last year.

“Unfortunately, we the Christians in the state have been denied Certificate of Occupancy to build Church by the state government since 1979, but we acquire lands/plots by ‘Deed of Assignment’ to build our places of worship,” Naga said to a gathering of  press and church members, according to media reports.

Naga also demanded that the state government end the state ban on the teaching of Christian religious education in its own primary and secondary schools, according to Nigerian media.

The demolished church is a short distance away from a mosque.

“Our church has a certificate of occupancy registered with the Local Church Board (LCB) in Maiduguri, therefore why should it be brought down since the same community has a Mosque near to the church,” Naga said to The Epoch Times.

Zulum told media Friday that he is committed to rebuilding the state which has for almost a decade suffered different levels of destruction by Boko Haram insurgents.

“My government is committed to rebuilding a peaceful Borno state again, I’m working all round to see us coming back as a peaceful and harmonious, basking in the spirit of economy vibrancy and unity of our dear state.” Zulum said.

Young adults of the congregation that lost its building have protested vigorously the shootings and have taken revenge on Bishop Naga for doing too little to defend churches in the city. A group of men destroyed Bishop Naga’s office in Maiduguri and threatened to disrupt peace if the government doesn’t pledge within 24 hours to rebuild the church.

“We are giving the government and the CAN chairman 24 hours to rebuild this church, or else we will attack his house. We will attack the house of the CAN chairman because since this incident happened, we have not seen him. He has not said anything to us. He is a sellout,”  according to Sunday Ishaku, a youth leader of the destroyed EYN Church while speaking to journalists at the site of the demolished church.

“Borno is our state, and we must worship in the manner we choose,” Ndahi said.

Bishop Naga denied the accusations of his critics in a conversation with the Epoch Times. “The youth of the city want an open show of fight with the government,  and I am urging them to tow the path of peace,” Naga said.

Previous: What successful people with disabilities can teach us about victimhood
Next: Just 1 case of covid causes lockdown of Australian state