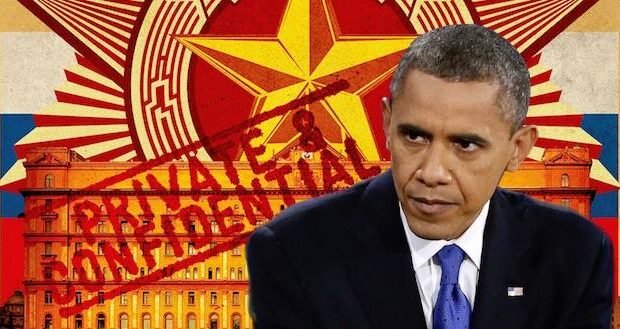 The Obama administration has backed down from an earlier refusal to release information about its involvement in Ukraine and the 2016 election of Donald Trump.

A Republican senator is now responding to the report about the letter former President Barack Obama’s office sent in March which revealed that, despite objections over “presidential confidentiality interests,” the Obama administration had agreed to the senator’s request to provide early access to presidential records “related to certain meetings connected to Ukraine.”

A spokesman for Sen. Ron Johnson (R-Wisc.), chairman of the Senate Homeland Security Committee, told Buzzfeed News on Tuesday that the document request he made in November 2019 was for the purposes of “oversight.” The spokesman also said that the Obama administration’s characterization of his records request as giving “credence to a Russian disinformation campaign” was “unfounded.”

The spokesman added that the “real Russian disinformation” is in the dossier compiled by former British spy Christopher Steele, which actors in the FBI used in 2016 to help carry out part of its “Crossfire Hurricane” investigation into President Donald Trump’s election campaign.

“Baseless accusations aside, our legitimate oversight will continue until we get answers for the American people,” Johnson’s spokesman told Buzzfeed.

Buzzfeed reported in an exclusive on Tuesday that Obama’s office had, in a March 13 letter (pdf), condemned the request for records from two Senate Republicans.

On March 13, Obama’s office wrote to NARA, claiming that the Republican senators’ request was part of efforts “actively supported by Russia” to “shift the blame for Russian interference in the 2016 election to Ukraine.”

The letter cited a November 2019 testimony given by former White House National Security aide Fiona Hill during impeachment hearings against President Donald Trump, when Hill had said that the idea that Ukraine interfered in the 2016 presidential elections was a “fictional narrative that is being perpetrated and propagated by the Russian security services.”

Obama’s office called the senators’ request an improper use of NARA’s release terms, adding that the request “serves no legitimate purpose, and does not outweigh or justify infringing confidentiality interests that all presidents have sought to protect.”

“The request for early release of presidential records in order to give credence to a Russian disinformation campaign—one that has already been thoroughly investigated by a bipartisan congressional committee—is without precedent,” the letter warned. However, the office ultimately said it would still grant access to the requested records, “in the interest of countering the misinformation campaign underlying this request.”

Federal law mandates that former and current presidents are allowed to review and claim executive privilege over record requests. In this case, neither the Obama office nor the Trump office have asserted privilege over the requested records, NARA told Buzzfeed News.

Grassley’s office declined to comment on the letter. Johnson’s office has not responded to a request from The Epoch Times for additional comment.

“The Committee on Homeland Security and Governmental Affairs and the Committee on Finance (the Committees) continue to examine potential conflicts of interest relating to the Obama administration’s policy decisions with respect to Ukraine and Burisma Holdings,” the senators wrote in their letter.

“The Committees are examining the extent to which representatives of Burisma used individuals with close personal connections to high-level officials within the Obama administration to gain access to and potentially influence U.S. government agencies.”

Hunter Biden, former Vice President Joe Biden’s son, had served on the board of Burisma Holdings, a Ukrainian energy company. Ukraine’s Prosecutor General Viktor Shokin was in charge of an investigation into Burisma.

Joe Biden said that he had threatened in March 2016 to cut off $1 billion in guaranteed loans to Ukraine unless Shokin was dismissed.

In February, Ukraine’s State Bureau of Investigation launched a probe into alleged pressure by Joe Biden that had led to Shokin being dismissed in April 2016.

Trump had suggested an investigation into Shokin’s firing in a phone call in July 2019 with Ukrainian President Volodymyr Zelensky.

“I heard you had a prosecutor who was very good and he was shut down and that’s really unfair,” Trump told Zelensky. “A lot of people are talking about that, the way they shut your very good prosecutor down and you had some very bad people involved.”

Previous: Digital evangelism explodes in popularity during coronavirus outbreak
Next: Today’s National Day of Prayer is a virtual event