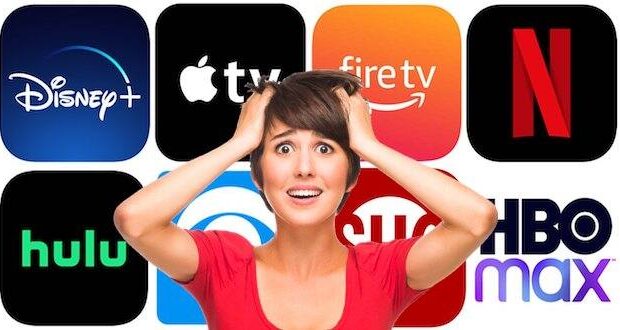 HBO Max debuted this week leaving many people reeling as they pick and choose which streaming services are best for their families. As Vulture.com points out, “Finding something to watch on TV used to be as simple as turning on the set, flipping through a few dozen channels, and stopping when you stumbled upon something worth checking out.”

When streaming first became popular, you still really only had three big platforms to choose among (Netflix, Hulu and Amazon Prime). But it’s not so simple anymore. HBO Max joins the ranks of Apple TV+ and Disney+ in the slew of online streaming platforms that you can now subscribe to.

Experts say that some platforms (such as recently launched Quibi) may not survive the incoming tide that will be brought by HBO Max and (soon) NBC’s Peacock. While HBO Max is padding its lineup with reruns of such popular shows as Friends and The Big Bang Theory, and Peacock is granting early access to The Tonight Show Starring Jimmy Fallon and Late Night with Seth Meyers, Quibi is allegedly offering content that no one wants to pay for. According to USA Today, for $4.99 or $7.99 monthly, the short-form video platform offers exclusive ten-minute videos of celebrities such as Jennifer Lopez that fans can watch on their phones. Considering YouTube has dozens of similar videos for free, it’s not exactly shocking that the platform isn’t doing so well.

CBS All Access, yet another streaming platform, is revamping this summer, and it will bring us Some Good News. According to The Hollywood Reporter, John Krasinski (creator, writer, director, producer and host of the viral, feel-good web series) sold the show to ViacomCBS following a massive bidding war. “Could not be more excited and proud to be partnering with CBS/Viacom to be able to bring Some Good Newsto so many more people!” he said in a statement. Although Krasinski will no longer be hosting the show due to other filming commitments (such as Amazon Prime’s Jack Ryan, of which he is the lead), he did say in an Instagram Live interview with fellow Office alum Rainn Wilson, “We have a lot of really fun stuff planned, and I can’t wait to dig in. I’m going to be a part of it whenever I can, and I’m going to host a couple episodes and bring on a different community of people.”

Meanwhile, Pixar generated some buzz this week as it introduced its first gay lead character in the new short film, Out. Available on Disney+, it tells the story of a man named Greg who struggles with coming out to his parents as gay before moving in with his boyfriend, Manuel. Disney called the tale “heartwarming” in a tweet, and it joins a list of other Disney movies featuring LGBTQ characters such as Onward and Beauty and the Beast.

Some parents may choose to default to one or more of these streaming platforms this summer while keeping themselves and their children entertained. This is especially true as COVID-19 takes yet another thing away from the childhood experience: summer camp. USA Today reportsthat camps are “scrambling” to come up with alternatives such as “online camps.” But making this transition has many parents worried about the negative effects of more screen time. “My kids are changing before my eyes because of how much screen time they’re getting between online learning and just trying to physically connect with her friends,” says Leslie Sindelar (an attorney and working mom of two in Sacramento, California). “So I’m feeling very anti-tech right now. If our traditional summer camps aren’t available, do I concede and sign them up for online camp anyway?”

Sindelar’s complaints are certainly not unfounded since a new study looking at the mental health of children showed that young people who are inactive for large proportions of the day face a greater risk of developing depression by age 18. Researchers tracked the children and recorded their movement history, finding that “every extra hour of daily activity helped to lower depressive symptoms by 7.8 to 11.1 percent.”

PhD student Aaron Kandola of University College London said, “Worryingly, the amount of time that young people spend inactive has been steadily rising for years,” but since the world has been spending much of 2020 stuck indoors, the risk of depression has only grown. Dr. Joseph Hayes recommended simple changes, such as walking or playing an instrument, to increase your child’s activity levels. “Light activity could be particularly useful because it doesn’t require much effort and it’s easy to fit into the daily routines of most young people,” he explained. “Small changes to our environments could make it easier for all of us to be a little bit less sedentary.”

Jon Steingard, frontman of the Christian rock band Hawk Nelson, announced this week that he no longer believes in God. He said in a statement, “After growing up in a Christian home, being a pastor’s kid, playing and singing in a Christian band, and having the word ‘Christian’ in front of most of the things in my life—I am now finding that I no longer believe in God.” According to Fox News, he went on to explain that this loss of faith didn’t happen overnight and that it came with questions about God, the Bible and his upbringing in a Christian home. And while this news is heartbreaking for Christians, he did add, “I’m open to the idea that God is there. I’d prefer if he was. I suspect if he is there, he is very different than what I was taught.” Steingard has received an outpouring of support from fellow Christian singers offering their continued love and willingness to talk. So perhaps with prayer, this shift will not be permanent.

–Emily Clarke | Focus on the Family