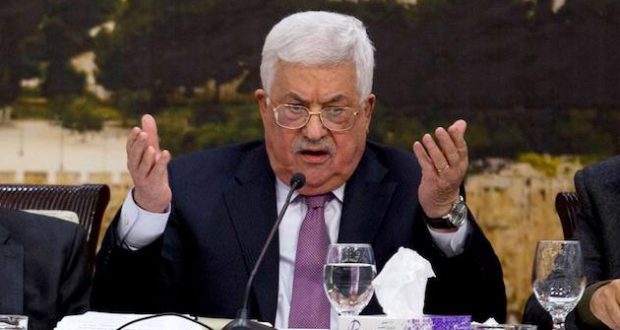 Palestinians authorities (PA) are a no longer feeling the love from Arab nations. The PA, which was brought to the dance by a dozen Arab nations, is sitting on the side as those nation’s now dance with Israel. Arab sources report that the PA wanted the emergency conference to condemn the peace agreement between Israel and the United Arab Emirates (UAE).

The Arab League refused this week to hold an emergency conference at the request of the Palestinian Authority, Bahrain now says it wants a peace agreement with Israel, Egypt welcomes the peace agreement with the UAE and Saudi Arabia opens its skies for El Al–Israel’s largest passenger air carrier.

Not gonna happen, Arabs told the PA, which is now taking its place as the neglected wall flower.

Against this background, senior PLO official Saeb Erekat has called on the Arab League’s secretary-general Ahmed Aboul Gheit to resign.

A source in the PA estimates that this is a clear signal that Bahrain is apparently following in the footsteps of the Emirates towards a peace agreement with Israel.

This step by Bahrain also joins the congratulatory words of Egyptian President Abdel Fattah al-Sisi on the peace agreement between Israel and the Emirates, and even more so, Saudi Arabia’s agreement on El Al flights through its airspace, en route to the Emirates.

A Palestinian source told TPS that the Palestinian Authority has recently identified cracks even in the Arab stance on the Arab Initiative diplomatic plan, which is based on the Saudi Initiative, and although the Saudis previously stated that they will not sign a peace agreement with Israel until the Palestinian problem is resolved, there is great concern about Saudi Arabia’s actions.

The PA views Bahrain’s steps and the peace agreement with the Emirates as a “siege on the Palestinian problem” and an attempt to drag Palestinians into the deal of the century, and Ramallah is angry at the words of Jared Kushner, President Donald Trump’s senior advisor, who said that the world wants to guarantee the Palestinians a better life, but they need a capable leadership.

Hassan Asfour, editor of the Hamas-linked Amad website, called Kushner a “real estate trader” and describes the American effort as a trap similar to U.S. policy in imposing the siege on Yasser Arafat in the early 2000s.

President Donald Trump has, for his unwavering opposition to Iran’s military threats and laser focus on finding peace with Israel and the PA, received widespread Arab accolades for his efforts.

Fatah is pointing the finger at the “failed Rais,” PA head Mahmoud Abbas, who is even blocking criticism of Qatar, which is helping Hamas establish a minor state in the Gaza Strip, just because his family members live there and do business with the Qataris.

The criticism came following Abbas’ directive last week to the Fatah Revolutionary Council not to attack Qatar on its efforts to bring calm to the Gaza Strip.

“How can we condemn the normalization between Israel and the Arabs while Qatar coordinates all its moves in the Gaza Strip with Israel and even receives instructions from it?” Fatah officials, who have asked to condemn Qatar, demanded.

Sources in the PA and Fatah point the finger at Abbas and say in closed conversations that his “do not do” policy is costing the Palestinians a heavy strategic price. They say that they have repeatedly advised Abbas to accept the tax funds Israel collects on behalf of the PA while others even advised Abbas to return to the negotiating table with Israel and the U.S.

According to them, Abbas does not take a stance and justifies his lack of actions by saying that he has not yet seen an official paper canceling Israel’s plans to annex parts of Judea and Samaria.

A Palestinian source emphasized that the PA estimates that “the threat of annexation” has been postponed for at least two to five years, and that Abbas must take advantage of this to return to the negotiation process. Reports indicate that the Egyptians are also pressuring him in this direction.

A Palestinian security source says that there have recently been contacts between American security forces and the Palestinians to check the PA’s willingness to return to negotiations in light of the postponement of the annexation plans.

The Palestinians made it clear to the Americans that in the meantime they are investing a great deal of effort in thwarting terrorist acts launched from the PA territories and that there is also covert security coordination between them and Israel, while the Palestinian security forces refrain from any hostile contact with the IDF and even evacuate their positions during IDF activity in the PA’s territories.

Previous: This big cat sanctuary in Kansas wants you to know it’s nothing like ‘Tiger King’
Next: New website becomes Online Farmer’s Market for Kansans