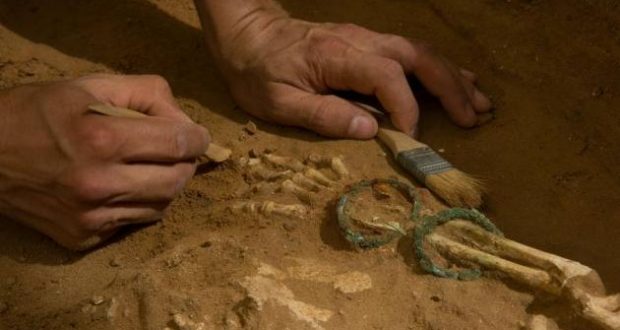 A dramatic and explosive DNA discovery in Israel has implications for the political struggle between Israelis and Palestinians. Three years ago, archaeologists digging in Israel revealed they had excavated a Philistine cemetery for the first time ever.  Now, an extensive report on the DNA taken from the bones they uncovered has confirmed the origins of the Philistines – one of the arch-enemies of the biblical Israelites.

“We’ve been able to demonstrate for the first time that the Philistines were immigrants to the region of Philistia,” said Daniel Master, director of the Leon Levy Expedition to Ashkelon.

Scientists have long suspected that modern day Palestinians are not Arab, but actually descendants of European (and mainly pre-Greek) settlers in the region.

State-of-the-art DNA testing on the ancient Philistine bones showed they had European ancestry and migrated across the Mediterranean more than 3,000 years ago and just before the Israelites were given the land by God. 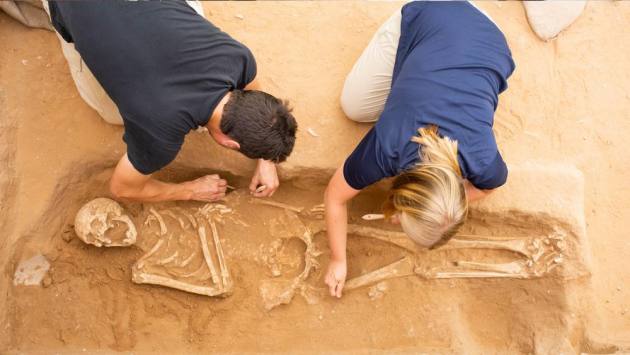 Master said the DNA tests confirmed what they already believed.

“From the early 20th century people noticed that the styles of pottery they were finding in the area called ‘Philistia’ by the writers of the Hebrew Bible were similar to pottery found in Greece just a hundred years earlier and people started to draw the connection that perhaps this pottery indicated some connection between these two groups of people,” he said.

The region known as Gaza was settled by  the Philistines but was part of the territory apportioned to Judah (see map).  Gaza, or Azza in Hebrew, was a city on the southern coastal plain of Eretz Yisrael (the Land of Israel, today Medinat Yisrael, or the modern nation State of Israel.

Ashkelon was one of five large Philistine cities.  The Philistines lived there for about only about 600 years.

“The Philistines appear in the Hebrew Bible as one of the great enemies of the Israelites but where did they come from? In the Bible there’s a mention that the Philistines came from Caphtor. This is a mention in Amos many centuries after we think the Philistines arrive. This place was probably related to Crete,” Master said. 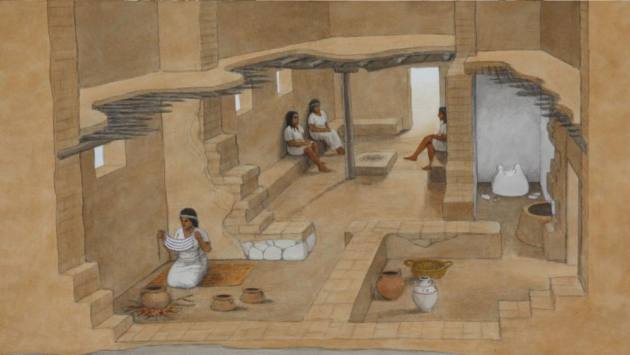 Here are a couple of other Scriptures that mention this troubled area on the coastline:

But if Palestinians were not always on the land as Islamic scholars allege, but were merely immigrants to the region from Europe, their claim to of “return” and their goal to expel Jews from modern-day Israel is baseless. 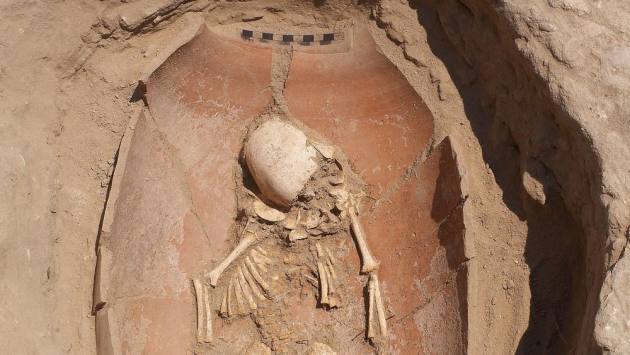 “How do we tell the story of the people who can’t speak for themselves, that haven’t left behind written texts? We can look at the scraps and the garbage that they’ve left behind, we can look at what other people said about them during the time period but the DNA actually gave us the opportunity to let these people speak for themselves,” said archaeologist Adam Aja, Assistant Curator of Collections at Harvard Semitic Museum and one of the archaeologists at the Philistine cemetery.

Aja said the DNA showed that even though the Philistines kept their culture physically, genetically they eventually blended with the locals.

The Philistines disappeared during the 6th century BC when the biblical King Nebuchadnezzar conquered the region.  He destroyed Ashkelon and other cities at the time shortly before the Judeans were exiled to Babylon as described in the Bible.

After Rome renamed to Palestine the conquered area ruled by Jews, all residents of the area were referred to as Palestinians–Jews, and later Christians, and after 600 C.E–Arabs. Even during the 1940s, before Israel’s independence, Jews considered themselves Palestinians. It was not until 1948 and the war of independence, that Arabs in the area appropriated the name exclusively for themselves and created the myth of “Palestinian refugees” that lingers today in politics, the media and most importantly, Middle East peace plans.

The DNA revelations have become a problem for many Arab leaders, but especially the terrorist groups of Hamas which controls modern-day Gaza. If Palestinians have no historical claim of always have lived in the land, why is the conflict between Jews and Palestinians allowed to continue at great cost?

That is the question many are asking after these new discoveries.