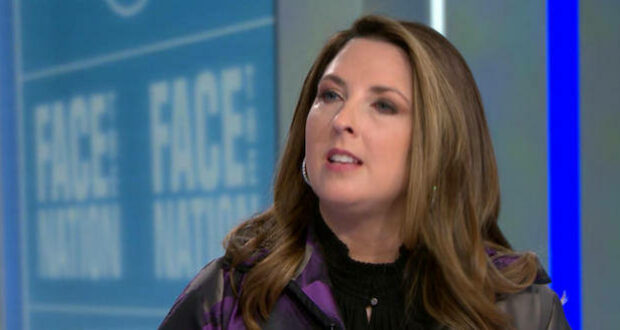 Partisan message expected during state of the union address

Ahead of President Joe Biden’s State of the Union address, many observers say they expect a hyper-partisan message.

On a call with reporters Monday,  Republican National Committee Chairwoman Ronna McDaniel and former Speaker of the House Newt Gingrich painted a bleak picture of the president’s first year in office.

McDaniel pointed to 40-year high inflation, the crisis at the U.S. southern border, “weak” foreign policy, increased crime, and the Biden administration’s “failed” messaging during the Covid virus outbreak. She said she expects Biden to do his best to avoid these topics during his Tuesday night address.

“We’ve never had a more uncertain time. The state of our union is not strong, and Joe Biden will not have the dignity to address the American people on the true failures of his administration.”

The Biden administration, on the other hand, has touted job market recovery in its first year following a year of state-imposed lockdown measures, it’s signing into law of a $1.2 trillion bipartisan infrastructure bill, and its effort to distribute vaccines for COVID-19 as big achievements for America under Biden’s leadership.

White House press secretary Jen Psaki told reporters on Monday that Biden will address inflation in his first State of the Union address. She says he will use the speech to promote elements of his “Build Back Better” agenda—which remains stalled in the Senate after failing to secure enough votes—as a means of lowering costs.

“A lot of what you’re going to hear about tomorrow as he talks about [inflation] is how he’s going to reduce costs,” Psaki said. “Parts of his [Build Back Better] agenda that he has talked about a lot over the course of the last several months—lowering cost for childcare, lowering costs for elder care, lowering costs for prescription drugs—those are not done yet. So, he will reiterate his call for Congress to move forward on those.”

Biden’s speech will come days after Russia launched its bloody invasion of Ukraine, Europe’s largest democracy. That was followed by the announcement of what most saw as weak U.S. sanctions against Russia. Psaki says these recent events have altered the speech.

“Every State of the Union speech also reflects a moment of time,” she said. “And so the President will lay out the efforts we are taking, he has taken, he has lead on to rally the world to stand up for democracy and against Russian aggression. He will talk about the steps we’ve taken to not only support the Ukrainian people with military and economic assistance, but also the steps he’s taken to build a global coalition imposing crippling financial sanctions on President Putin, his inner circle, and the Russian economy.”

Republicans, however, have been critical of Biden’s response to the events in Ukraine—both his strategic response to Russian aggression as well as his unwillingness to increase oil production to mitigate the economic impact felt by Americans.

Both Gingrich and McDaniel are predicting Republican victories in November, with McDaniel pointing to a close to $3 million fundraising advantage to Democrats and Gingrich saying he expects to see the largest Republican majority since 1920.

Previous: Latest news briefs about Europe, U.S. organizing against Russia
Next: Christian leaders share insights on Ukraine and how to pray