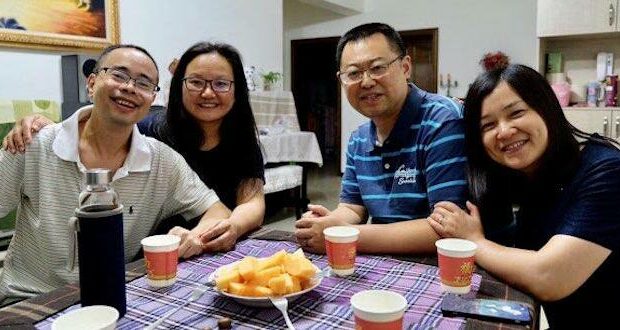 Pastor Yang Hua with his wife sharing a meal with Pastor Wang Yi and his wife. (Photo: ChinaAid)

Pastor beaten by Chinese police tells others, ‘hold fast to the faith’

A Chinese pastor, beaten by police, has a message for Christians – “hold fast to the faith.”

Like countless pastors across Communist China, Yang Hua of Guiyang Living Stone Church, his encouragement is sought in areas beyond the reach of his church.

According to ChinaChange.org, the church started out small and “didn’t attract much attention. But it grew fast, doubling parishioners each year. By 2013 it already claimed 400 members and had become a well-known house church in Guizhou. Parishioners were of all ages and professions. Its rapid development, according to those interviewed by China Change, was not due to anything special about the church itself, but mainly because of the vacuum of faith in Chinese society. Living Stone is a pure and unadorned church, and provides parishioners a tight-knit group in which members can help one another, experience a sense of belonging, and receive spiritual and moral guidance.”

The pastor began traveling to encourage other churches in the region. Then one day when he, authorities noticed when he planned to visit believers in another city to bring hope.

Upon arriving in Qingdao, local Chinese Communist Party (CCP) police seized him without cause and transported him blindfolded him to their station. While being held, a leader of the local Community Party Committee punched and so severely injured him that an official dialed the local medical emergency phone number. Upon arriving and seeing his condition, Yang was taken to the a local hospital emergency room.

Yang’s story is not unique.

More than 500 Christians established Guiyang Living Stone Church in 2009. Just six years later Guiyang City government officials forcibly shut down the building where the Christians from around the community gathered to worship.Then, in early 2016, Communist authorities seized the church’s property, welling it to a commercial group for more than $779,909 —a price much lower than its actual assessed value according to the church’s former treasurer.

At the time he was seized, Pastor Yang was falsely charged him with “deliberately divulging state secrets,” and sentenced to serve almost three years in prison. Authorities did not release him until June 19, 2018, after he served the full term of his sentence. During Pastor Yang’s imprisonment his wife, publicly proclaimed support for her husband.  Inprisonment “nor attacks will shake my husband’s faith,” stated Wang Hongwu. 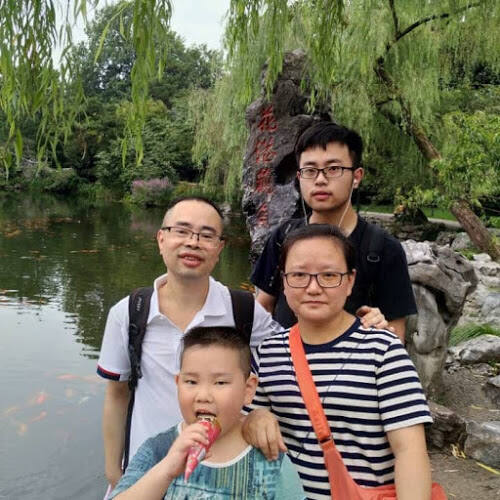 After his release, Pastor Yang remained in a virtual prison through intimidation, and threats as police kept him under their relentless scrutiny. Members of his family revealed that local police intensified their surveillance on Pastor Yang Hua on a “sensitive” day or whenever a sign of a potential disturbance or trouble emerged. During those times, they say, authorities forced Pastor Yang to travel away from the area or would hold him without charges under house arrest.

Typically, when Guizhou hosted an international conference or a foreign consul visited Guizhou, authorities would transport Pastor Yang from the area. If they allowed him to stay in his home, approximately 20 CCP officers would surround his home and guard his door.

After Pastor Yang’s release from prison in 2018, State security officers drove to Chengdu, and escorted him and his family to Chengdu, Sichuan, where they met with Christian friends. Local police there also detained Pastor Yang for a short time before transporting him to another city.

Fellow Pastor Wang Yi traveled to Guiyang to visit Pastor Yang. As they met, they encouraged each other to “hold fast to the faith.” Three months later, CCP authorities arrested Pastor Wang and imprisoned him again where he remains today.

Recent news out of the prison reveals that Pastor Wang is being regularly beaten in prison by Communist authorities and prison guards. His family asks that other Christians pray for him and Pastor Yang as that the message of the pastors to those on the outside is to continue to “hold fast to the faith.”

Previous: Rudy from The Cosby Show stars in ‘My Brother’s Keeper’
Next: ‘Jesus’ banned from high school graduation speech