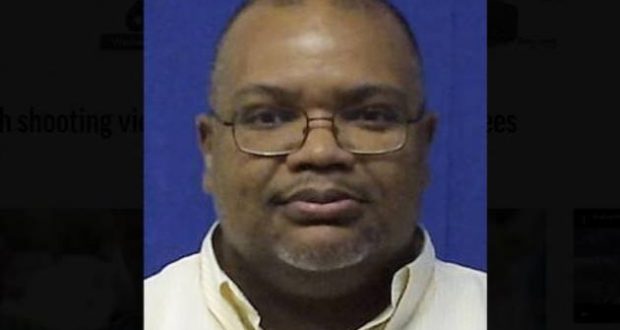 Ryan "Keith" Cox saved lives before being shot and killed by a gunman.

One of the 12 killed in Friday’s shooting at a Virginia Beach Municipal Building is being hailed as a hero by two survivors who say he saved many lives.

Ryan “Keith” Cox was heralded as a hero by the survivors on Sunday. Cox is the son of Pastor E. Ray Cox of New Hope Baptist Church in Virginia Beach.

Cox’s co-worker Ned Carlstrom says Cox was trying to round up co-workers and get them in a safe place when he was shot.

Both Carlstrom and another co-worker, Terry Inman, confronted the shooting suspect DeWayne Craddock, 40, but he never pointed a gun at either of them.

Inman, an account clerk in the city’s public utilities department, says he turned around and saw Craddock standing there with a gun. Inman said he told him, “DeWayne, stop!”

After the suspect left the room, Carlstrom and Inman heard several gunshots. They think that was when their friend and co-worker Cox was killed.

Another survivor has also shared how Cox saved her life and the lives of others that tragic day. Christi Dewar told The Virginian-Pilot she and Cox had worked together since 2006.  She recalled he would give her a hug anytime she needed one.  He always had a kind word to say, and also drove her home from work when she needed a ride. Cox, she said, had the heart of a servant.

“You knew from the start he would lay down his life for anybody,” Dewar told the newspaper. “And that’s exactly what he did.

Dewar recounted for the paper how when she first heard the gunshots, they were muffled. She thought it was the sound of a nail gun as there had been some construction going on in the building.

Little did she know that the sound she was hearing was a gun with a suppressor on it.

She thought it was only a safety drill until a co-worker told her it was the real thing.

“So we ran to the back door of our office, which is near the south stairwell, and one of the girls screamed, ‘It’s too late, it’s too late! Run the other way’,” Dewar said.

The group of seven co-workers ran in the other direction. Cox told the group to stop and stand against the wall inside the break room. He looked out the door, watching for the shooter.

“If at all possible, I knew he was going to lead us to safety. We felt safe. He stayed calm. He didn’t have any anxious thought in his voice,” she said.

When it was clear, Cox told the group to go into an office and lock themselves in. Dewar told The Pilot she pleaded with Cox to come with them.

The group used filing cabinets to block the door while Cox went to look for others. The shooter approached the door and fired four shots. As Dewar and others dropped immediately to the ground, she fell against some boxes, which made a loud noise. She thinks this fooled the shooter into thinking he hit someone because he moved away from the door.

After the shooting had stopped and the police had arrived, the group discovered that Cox had been shot.

Dewar told the newspaper she went to see Cox’s parents the next night to tell them their son had saved several lives. She called her mother who lives in Oklahoma to tell her how Cox had saved her life.

It was her mom who told her she could take comfort knowing that Cox was her guardian angel.

“When I told her what Keith did, she said, ‘God had a guardian angel walking the earth with Keith. Keith was your guardian angel, baby, and don’t you ever forget.’ ”