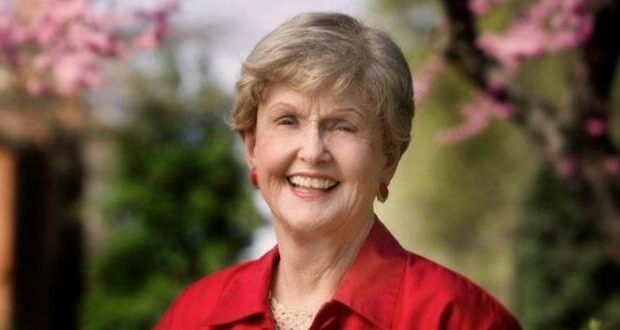 Dede Robertson, the wife of Christian Broadcasting Network founder Pat Robertson, died on April 19 at her home in Virginia Beach, Va., at age 94.

“My mom was a rock,” her daughter Ann LeBlanc said. “She was a rock throughout our childhood. Dad had to travel a lot, but Mom was always there for us kids … that gives great security to children.”

Robertson’s background contradicts many media misperceptions about Christian women. Especially women in broadcast ministries. She graduated Yale University with a Master’s in Nursing and had an acute sense of the needs of the average person. She went on to teach nursing and empowered thousands of women in their aspirations. Her devotion to equality also helped serve as a bridge between Black and White Americans during the turbulent 1960s and is noted for her work on civil rights for minorities and women.

But she said true civil rights for women included allowing them choices that included raising families without the negative stigma that media and feminist organizations ascribed to it during the 1970s up until today.

Robertson was a founding member and continued as a valued member of the boards of CBN, Regent University and Operation Blessing International Relief and Development Corporation. In fact, the ministry says CBN would not exist without her participation.

In 1982, she was appointed as the principal U.S. delegate to the Inter-American Commission of Women, where she represented the United States from 1982 to 1990. In that capacity, she played a key role in elevating the status of the women who lived in Latin America. Robertson was selected Christian Woman of the Year in 1986.

In 1987 and 1988, she campaigned enthusiastically for Pat Robertson in his run for the Republican nomination for the office of president of the United States. She visited 52 U.S. cities on behalf of her husband during his presidential bid. Robertson also traveled extensively on behalf of the ministries of CBN, Operation Blessing International and The Flying Hospital’s medical missions. Traveling across Asia, the Middle East, Central and South America, she worked tirelessly to bring humanitarian and medical aid to hurting people throughout the world.

“Mom was the glue that held the Robertson family together,” her son Gordon Robertson said. “She was always working behind the scenes. If it weren’t for Mom, there wouldn’t be a CBN.”

Pat Robertson agreed. “Dede Robertson was a woman of great faith, a champion of the gospel and a remarkable servant of Christ who has left an indelible print on all that she set her hand to during her extraordinary life,” he said.