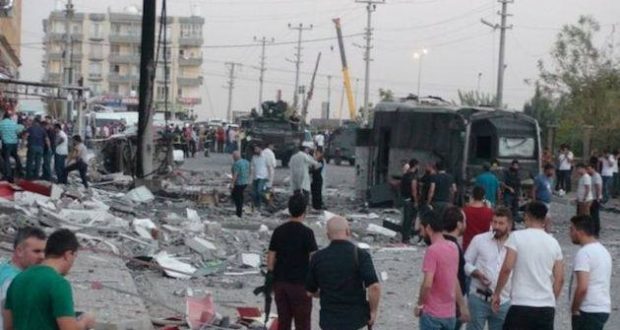 Kurdish PKK rebels carried out two bomb attacks on police vehicles in the mainly Kurdish south-east of Turkey in 2016, killing at least eight people and wounding many more, officials say. The Syrian Kurds had been working closely with the PKK before the Turkish invasion.

Vice President Mike Pence on Thursday announced that the U.S. brokered a five-day ceasefire between Turkey and Kurdish forces in Northern Syria. The agreement allows the Kurds to withdraw to roughly 20 miles away from the Turkish border.

The Turkish attacks against the Kurdish military forces began last week after Turkey insisted on a 20-mile buffer zone along its southern border. President Trump has received strong criticism in the media 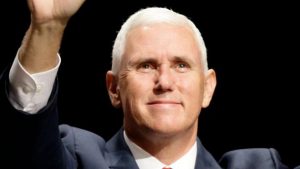 but the number of American troops pulling out amounted to 24 troops. Administration officials responded that the small number of U.S. troops were no match for the Turks and that the safety of U.S. military personnel was the top priority of the President Trump.

After more than four hours of negotiations with Turkish President Recep Tayyip Erdogan, U.S. Vice President Mike Pence said the purpose of his high-level mission was to end the bloodshed caused by Turkey’s invasion of Syria.

Pence and Secretary of State Mike Pompeo lauded the deal as a significant achievement.

Kurdish rebel forces, who had worked with the Turkish-based recognized Kurdish terrorist organization PKK, were not party to the agreement, and it was not immediately clear whether they would comply. Before the talks, the Kurds indicated they would object to any agreement along the lines of what was announced by Pence. But Pence maintained that the U.S. had obtained “repeated assurances from them that they’ll be moving out.”

Ankara has long argued the Kurdish fighters are nothing more than an extension of the Kurdistan Workers Party, or PKK, which has waged a guerrilla campaign inside Turkey since the 1980s and which Turkey, as well as the U.S. and European Union, designate as a terrorist organization.

President Donald Trump is crediting his threat of sanctions on Turkey as “tough love” that led the country to agree to a five-day ceasefire in its battle with Kurds in northern Syria.

President Trump said in a press conference Thursday that the U.S. is not interested in becoming involved in yet another war in the Middle East and asked rhetorically to a reporter if the American people or the media would have supported a war with a fellow NATO member.

The reporter ignored the question.

Previous: Gal ‘Wonder Woman’ Gadot will star in movie about Christian Holocaust heroine
Next: Secretary of State Mike Pompeo shares insights into being a Christian leader