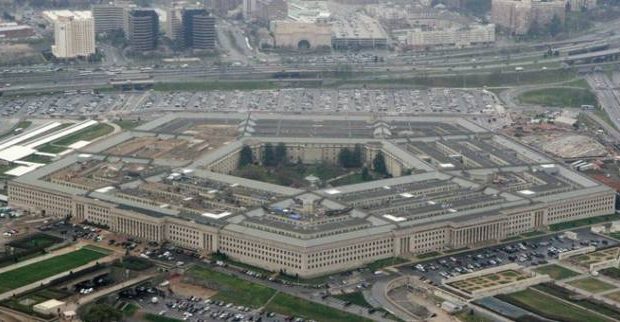 The Pentagon has pushed back against what it described as “misreporting” by American news media concerning the Trump administrations reassigning troops in Syria.

After news outlets this week falsely reported that the President Trump did not inform the nation’s military of the decision, the Pentagon issued a statement on Tuesday denying they were caught off guard.

The White House announced late Sunday night the reassignment is occurring because “Turkey will soon be moving forward with its long-planned operation into Northern Syria” and the United States will not be involved. It was reported the Pentagon was “completely blindsided” by the order.

On Sunday, Trump talked by phone with Turkish President Recep Tayyip Erdogan finalize the re-prioritization of troops from an area along the border.

Cable news and national newspapers such as the New York Times and USA Today reported that U.S. troops were being “withdrawn” from Syria. The reality, according to the Pentagon, is that somewhere between 50 and 100 troops are being moved back from a specific area along the border with Turkey and Syria to protect them from any Turkish military offensive. The troops were originally placed there to work in conjunction with Turkish troops to put in place a safe-zone and are not in a position to defend Syria from a Turkish military operation.

“Despite continued misreporting to the contrary, Secretary Esper and Chairman Milley were consulted over the last several days by the President regarding the situation and efforts to protect U.S. forces in northern Syria in the face of military action by Turkey,” Chief Pentagon Spokesman Jonathan Hoffman said.

“The Department’s position has been and remains that establishing a safe zone in northern Syria is the best path forward to maintaining stability,” he continued. “Unfortunately, Turkey has chosen to act unilaterally. As a result, we have moved the U.S. forces in northern Syria out of the path of potential Turkish incursion to ensure their safety. We have made no changes to our force presence in Syria at this time.”

Amid a wave of backlash from both Republicans and Democrats, Trump defended the decision because he says he was voted to stop U.S. involvement in “endless wars.”

The media narrative even sucked in many Republican Congressional leaders with Senate Majority Leader Mitch McConnell (R-KY) saying the pullout of American forces in that part of the country “would only benefit Russia, Iran, and the Assad regime. And it would increase the risk that ISIS and other terrorist groups regroup.”

Republican and Democrat leaders however, have not specified if they would have supported a full-out war with Turkey to prevent it from invading Syria.

Previous: Planned Parenthood opens Illinois abortion clinic to attract women from St. Louis
Next: ‘Man of God’ headband will not result in fine for NFL linebacker