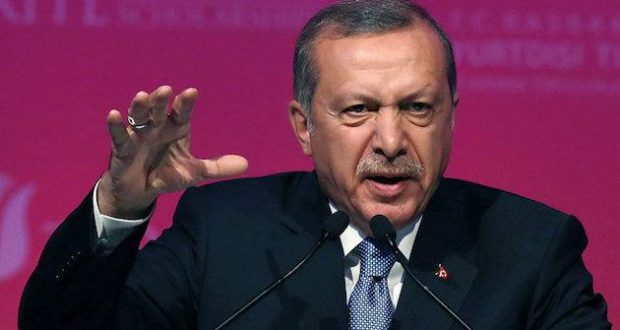 US moves to prevent Turkey from invading Syria

In response to pleas from Syrian Christians and other religious minorities, the Trump administration has now acted to stop Turkey from invading the area.  US officials from the Department of Defense are in Ankara, Turkey Monday to dissuade  President Recep Tayyip Erdogan from attacking Northeast Syria where many ethnic minorities live, including thousands of Christians.

The Washington Post reported Sunday that Turkey has amassed tens of thousands of troops on the Syrian border and Erdogan is planning on launching a full-scale military operation against US-backed Kurdish fighters East of the Euphrates.

“We entered Afrin, Jarabulus, and Al-Bab  [in northern Syria], and now we’re going to enter east of the Euphrates,” Erdogan told an inauguration ceremony in Bursa.

“We shared this  [information]  with the U.S. and Russia,” he added.

Last month, Turkey threatened to take military action against US-backed forces if it did not reach a deal with the US over a 20-mile security zone inside Syria’s northeastern border with Turkey. Erdogan wants to clear the zone of the US-backed Kurdish YPG militia. The Kurdish militia was the United States’ main ally in the fight against ISIS, but Erdogan views the group as a terror organization.

“If the safe zone is not created, the threat emanating from this area continues and terrorists are not cleared, then we would start the operation,” Foreign Minister Mevlüt Çavuşoğlu said in an interview with Turkey’s TGRT television last month.

A US official told Reuters that “bilateral discussions” with Turkey are underway “on the possibility of a safe zone with US and Turkish forces that addresses Turkey’s legitimate security concerns in northern Syria.”

However, Erdogan, a member of the Muslim Brotherhood, does not want the proposed security zone to be patrolled by both US and Turkish forces. He insists Turkey have full control of the zone.

For many Christians and ethnic minorities, Turkish military invading the area would mean disaster.

“Most of our Christian people live in this area and if any military operation happened in this area, it will be a real fear on our people,” Abdelahad Gawriye of the Syriac Union Party said.

More than 100,000 Syriac Christians, one of the world’s oldest Christian communities, live there and they fear Erdogan will finish the genocide that ISIS started.

The forces displaced hundreds of thousands while searching for Christians and burning churches.

Last month, Syriac Christians called on the US to save them.

“We hope and pray that as we have defended the world against ISIS, the world will not abandon us now. Now is the time for Christian, Western countries, and for Christian churches and believers worldwide, to protect our Christian people in NE Syria from falling victim to brutal war, dictatorship, fascism, and radicalism,” the  Syriac Military Council (MFS) said in a statement.

Last month, the US rebuked its NATO ally and said its actions are of “grave concern”

Previous: Kansas Congressional candidate Weir pushes back against charge she was recruited for her looks
Next: Even after closing on Sundays, Chick-fil-A revenue twice that of McDonalds