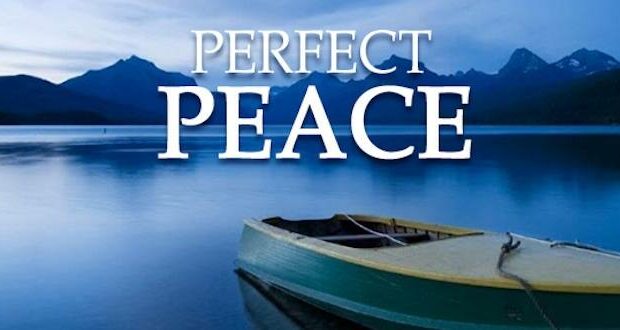 In 1555, Nicholas Ridley was burned at the stake because of his witness for Christ. On the night before Ridley’s execution, his brother offered to stay with him in his prison cell to be of assistance and comfort. Nicholas declined his brother’s offer and replied that he planned to go to bed early and sleep as quietly as he ever did in his life. How in the world could he do that? Because he knew the peace of God, he could rest in the strength of the everlasting arms of his Lord to meet his need. We can also find that perfect peace. 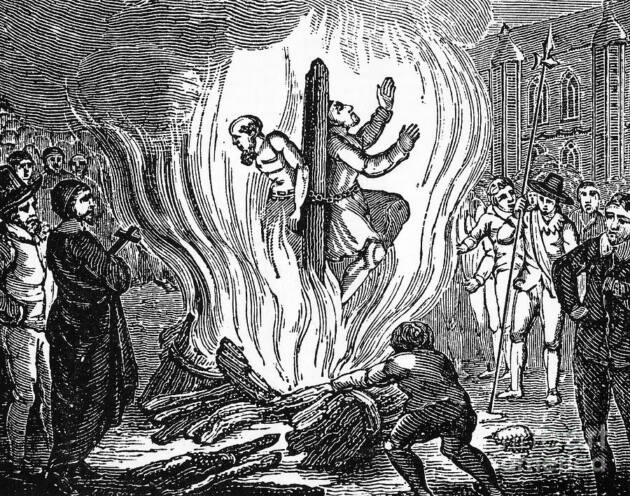 There once was a King who offered a prize to the artist who would paint the best picture of peace. Many artists tried. The King looked at all the pictures, but there were only two he really liked and he had to choose between them.

One picture was of a calm, serene lake. The lake was a perfect mirror, with peaceful towering mountains all around it. Overhead was a blue sky with fluffy white clouds. All who saw this picture thought that it was a perfect picture of peace. 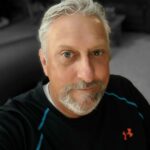 The other picture had mountains too. But these were rugged and bare. Above was an angry sky with rain falling and lightning flashing. Down the side of the mountain was a cascading, foaming waterfall. This did not look peaceful at all. But when the King looked, he saw behind the waterfall a tiny bush growing in a crack in the rock. In the bush a mother bird had built her nest. There, in the midst of the rush of angry water, sat the mother bird on her nest with her hatchling…in perfect peace.

Which picture do you think won the prize? The King chose the second picture along with this explanation, “Peace does not mean to be in a place where there is no noise, trouble, or hard work. Peace means to be in the midst of all those things and still be calm in your heart. That is the real meaning of peace.”

The peace that Jesus gives is not the absence of trouble but the confidence that HE is always there with you. Peace might be defined as, “Tranquility in spite of the circumstances. It’s not the absence of conflict, but the absence of anxiety in the midst of the conflict. It is understanding that in all of life’s situations, God is in control.”

In October of 1992, the single adult ministry that I led hosted a conference for area singles. Our theme was Relax…God’s In Charge! Now…we either believe that or we don’t. How about you?

The “peace of God” is just what it says it is…it’s the peace that only God can give. “Peace” is a part of the “fruit of the Spirit.” It is a gift from God to us. A church or religion or anyone else or anything else cannot give you peace. Only Christ can give you that deep-down peace—Do you have the “peace of God?” Romans 5:1 says, “…Since we have been justified by faith, we have peace with God through our Lord Jesus Christ.” Notice the prerequisite mentioned, “since we have been justified by faith.” A relationship with Christ MUST be established for us to have true, deep-down, lasting peace.

You’ve probably heard it said a thousand times over the past 10-plus months—“We are living in unprecedented times.” It’s true, we are…I’ve never seen anything even closely resembling what 2020 has been! It is very easy for us to get our eyes focused on our “issues” or circumstances or problems. Whether we focus on an invisible virus or a contentious election, or something else that life throws our way, we can get lost in worry and anxiety and totally miss out on….PEACE.

Mark 4:35-40 tells an interesting story, “On that day, when evening had come, he said to them, ‘Let us go across to the other side.’ And leaving the crowd, they took him with them in the boat, just as he was. And other boats were with him. And a great windstorm arose, and the waves were breaking into the boat so that the boat was already filling. But he was in the stern, asleep on the cushion. And they woke him and said to him, ‘Teacher, do you not care that we are perishing?’ And he awoke and rebuked the wind and said to the sea, ‘Peace! Be still!’ And the wind ceased, and there was a great calm. He said to them, ‘Why are you so afraid? Have you still no faith?’”

I like the way John MacArthur summed this passage up: “The storm was howling, the wind and waves were about to swamp the boat as it tossed about on the water like a cork—and the Creator of the world slept soundly in the midst of it all. Although in His divinity He was omniscient, in His humanness He was at this time oblivious to the turmoil that surrounded Him.”

Friends, in the midst of the “storms” of life, listen to Jesus’ words…listen to His voice…“PEACE.” How do you get peace when life gets crazy and complicated? You TRUST HIM…!! If the God of peace is with you, you will most certainly experience the peace of God…!! And always remember, God is most glorified in you when you are most satisfied in Him!

– Greg Griffin is Vice President of Character that Counts. Visit their website at characterthatcounts.org.

Previous: Museum of the Bible works to return artifacts to rightful owners
Next: Helen Keller and her remarkable friendship with Mark Twain