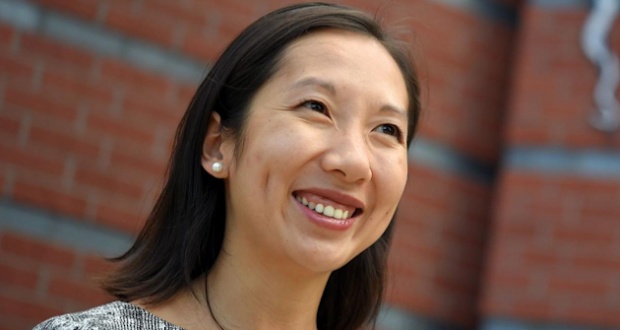 Planned Parenthood CEO Leanna Wen has been fired just 10 months into her new job. The corporation, which is the nation’s largest abortion provider, wants a more aggressive activist as its leader ahead of the crucial 2020 presidential election.

According to the New York Times, the Planned Parenthood board engaged in “hours of negotiations”and ultimately canned Wen, citing the need for a “more aggressive political leader.”

“I am proud to step in to serve as acting president and facilitate a smooth leadership transition in this critical moment for Planned Parenthood and the patients and communities we serve,’’ McGill Johnson said in a statement. “I thank Dr. Wen for her service and her commitment to patients.”

In a statement, Wen criticized the organization on becoming solely focused on politics instead of women’s healthcare.

Pro-life observers say the decision is somewhat surprising given that Planned Parenthood has been in the middle of a public relations effort to portray itself as a legitimate healthcare organization as opposed to a political abortion corporation too closely tied to Democrats. While taxpayer funded, it has donated millions to Democrat campaigns over the years.

“The musical chairs at the top of the nation’s number one abortion vendor will not change the pro-life commitment to confronting them in court, in the legislatures and on the campaign trail. Women don’t need what Planned Parenthood is selling,” stated Students for Life of America President Kristan Hawkins.  “Pregnancy is not a disease cured by abortion, and with federally qualified health centers standing by to offer true, full-service healthcare, women have lots of options that don’t include abortion.”

Father Frank Pavone of Priests for Life agreed, saying, “I am not at all surprised that Planned Parenthood apparently wants to replace a leader who is a healthcare professional with someone who is more aggressive politically. They pass themselves off as a healthcare organization, but are instead a political machine pumping tens of millions of dollars into races for radical Democrat candidates who will protect the Planned Parenthood baby-killing agenda.

“The 2020 elections have begun,” Father Pavone said, “what else can Planned Parenthood be expected to do?”

The office failed multiple Missouri State Health Department inspections and it’s in danger of permanently losing its medical license, an action that would make Missouri the first state in the country to have no operating abortion businesses.

Previous: U.S. women’s soccer player tells Christian player she doesn’t belong in the sport, ‘would never’ fit in
Next: EU to sanction Venezuela for torturing citizens