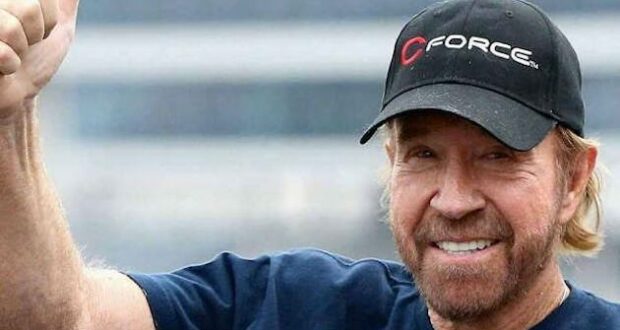 Actor Chuck Norris has criticized the morality of people who value things above the sanctity of life.

“It’s crazy sometimes what modern humans value over human life,” he wrote in a recent op-ed piece. “Am I missing something? “Do you value bamboo straws more than human life? In the womb?”

“Thomas Jefferson explained in the founding of our country that preserving human value and life was government’s primary role: ‘The care of human life and happiness, and not their destruction, is the first and only legitimate object of good government,” Norris wrote.

He added he is praying President Joe Biden, who has promised to expand abortion access, “would keep Jefferson’s wisdom in mind.”

The “Walker, Texas Ranger” star is not new to speaking out against abortion. In 2008, when former President Barack Obama was running against the late Sen. John McCain, he urged pro-life Americans to “vote their values” on Election Day, explaining at the time that he sees the fight against abortion as “fundamental” to protecting life.

“We can’t just be concerned about our finances,” Norris wrote at the time. “We also must be concerned about America’s future and those who will occupy it. Our posterity matters. Their rights matter. And that includes their ‘unalienable rights,’ with which they have been ‘endowed by their Creator,’ and among them are the quintessential rights: ‘Life, liberty, and the pursuit of happiness.’”

Biden has pledged to codify into law the U.S. Supreme Court’s 1973 decision on Roe v. Wade, which gave nationwide legal cover to abortion; he has reversed the Mexico City Policy, a rule requiring non-governmental organizations received U.S. aid to refrain from promoting or performing abortions; and he has nominated California Attorney General Xavier Becerra — whom conservatives have condemned as a “pro-abortion activist” — to lead the U.S. Department of Health and Human Services.