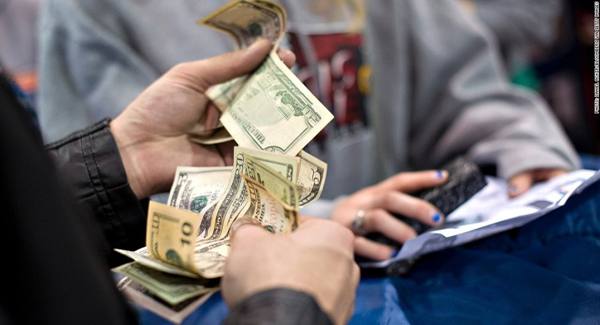 President Donald Trump’s approval ratings have been hovering around 50% recently, according to Rasmussen, about the same or higher than Presidents Obama, Clinton or Reagan at this point in their presidencies. This is in spite of approximately 90% negative press coverage from the mainstream media.

Even a recent CNN poll found that Trump’s approval rating for handling the economy was above 50%. The poll also found that 52% of Americans feel the president is doing a good job keeping the important promises he made during the presidential campaign, and that his approval rating for handling foreign trade is up eight points: seven-in-10 now see foreign trade as an opportunity for economic growth through US exports. 53% say things in the country are going very or fairly well.

Rasmussen also reported that forty-three percent (43%) of likely U.S. voters think the country is heading in the right direction. This is up three points from the previous week. This finding has been running in the 40s for most weeks this year after being in the mid- to upper 20s for much of 2016, President Obama’s last full year in office.

Trump’s long list of accomplishments is no doubt behind the increase in approval ratings. As Trump nears the two-year mark of his historic election and conducts political rallies around the country, the administration has counted up 289 accomplishments in 18 categories, capped by the confirmation of Brett Kavanaugh to the Supreme Court. Major wins such as adding more than 4 million jobs, reducing the cost of taxes and regulations, rebuilding the military, new trade deals, and more:

Trump also commands very high support from his party. Polls show an average of 84% of Republicans say they approve of his performance. He is hoping this translates into good turnout in the midterm elections.

“If you allow the wrong people to get into office, things could change,” Trump warned Republicans at a rally in Topeka, Kansas, on Saturday night as he urged them to get to the polls. “You don’t hand matches to an arsonist, and you don’t give power to an angry left-wing mob.”