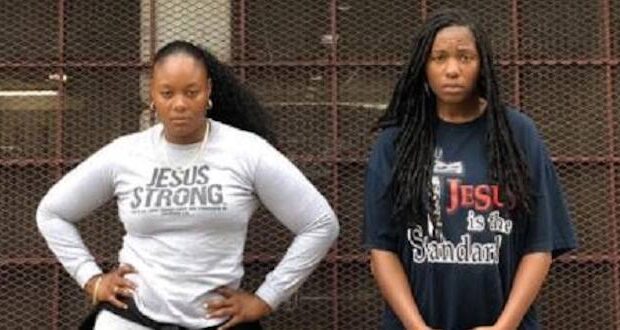 In the midst of violent riots and looting in New York City, police have a PR problem on their hands in who they choose to arrest. But it’s not what you think. NYPD arrested two black women as they prayed and counseled women outside a Planned Parenthood abortion facility.

Pro-life advocates Bevelyn Beatty and Edmee Chavannes were arrested May 30 on the sidewalk outside the Margaret Sanger Planned Parenthood Center in Manhattan.

Their crime?  Allegedly violating city social Covid-19 distancing guidelines. Beatty and Chavannes said they were social distancing. The incident is in sharp contrast to tens of thousands of individuals gathered without social distancing or masks as they protested the death of George Floyd.  Video shows police standing by while looters ransacked the iconic Macy’s store in New York.

READ: Senator’s column in the New York Times gets him in trouble

She said they were not protesting at the abortion facility, they went there to offer women information and resources for themselves and their babies, as they often do.

“We’ve been at that clinic for a while standing for children’s lives and bringing the gospel to these women because they need help just as well as the babies,” Beatty said. “And we feel COVID has been used strategically to push a bias against abolitionists. We’re pro-life but we’re abolitionists.”

On May 30, police asked the pro-life women to leave the area, supposedly because they were not complying with pro-abortion Mayor Bill de Blasio’s executive order requiring masks, according to the report.

Beatty said de Blasio and Gov. Andrew Cuomo are just pushing an agenda; they do not really care about saving lives.

“How is abortion essential? How are stores closing and we can’t have Red Lobster and we can’t go to church or fellowship but you can still go and kill a baby?” she asked.

Here’s more from the report:

Beatty called it ironic that while the country has been publicly protesting non-stop for the past several days, she and Chavannes were arrested for illegally protesting. Apparently it’s not okay to protest unless the killing is politically incorrect killing. “We have the right to be here,” she shouted at the police. “Come on! They’re killing Floyds in here right now!”

“Arrest the abortionists, they’re in the building!” Chavannes is heard shouting in the background. Mentioning that she has been unable to find a public restroom, she said, “I can’t find a bathroom in all of New York City … but I can go here to kill my baby? Sick!”

On social media, Beatty thanked people for praying for them after they were arrested.

“It’s good to know we have loyal people when we’re going through a hard time. We have been released from jail and now I have a court date in September. Keep us in prayer and again thank you for all your support!” she wrote.

In the past several months, dozens of pro-life advocates have been arrested or cited while peacefully praying and reaching out to moms in need outside abortion facilities across the U.S. Many were accused of violating coronavirus health restrictions.