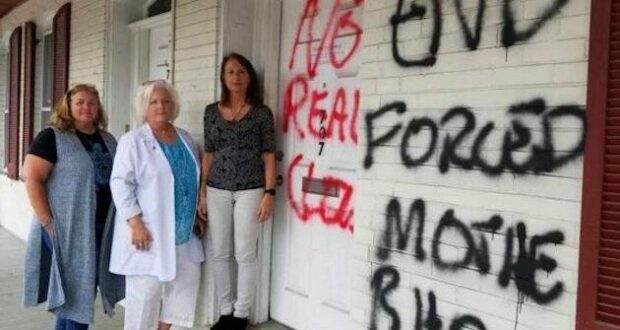 Pro-life faith leaders shared their thoughts as pro-abortion protestors took to the streets across the nation over the weekend.

The comments come as pro-life students were assaulted at a rally in Indianapolis and a pro-life women’s clinic was firebombed.

“This is about even more than the pro-life issue,” Rick Green, founder of Patriot Academy says. “The left knows this decision is also a restoration of the constitutional limitations on the federal government, and that threatens the entire leftist agenda that has been accomplished through the courts over the last 50 years.”

Megan Almon, a pro-life wife, mother, athlete, artist and teacher who is on the faculty of Summit Ministries in Manitou Springs, Colo., said, “Since the time of the original Roe v. Wade decision, science has clearly established the unquestionable humanity of the unborn. Yet the moment we separate that humanity from personhood — the most common tactic by abortion supporters today — we create an unjust society. If a nation discounts the unborn from the human community for arbitrary reasons, then none of us are safe from a similar fate.”

Judge Phil Ginn, president of Southern Evangelical Seminary in Charlotte, N.C., said, “Given the advent of the leak of the early drafted opinion in the Dobbs v. Jackson case pending before SCOTUS — which, in final form, will potentially overturn the court’s decision in Roe v. Wade — I suspect that most of the more conservative justices would very much like to have the final opinion issued as soon as possible. The unprecedented leak of the draft opinion and the vitriolic turmoil and backlash erupting from the radical left puts the court in an almost untenable position.”

Bethany and Ryan Bomberger of The Radiance Foundation, a faith-based nonprofit in the greater Washington, D.C., area, said “The pro-life movement has been positioning itself for a post-Roe culture for decades That’s why we’ve established over 3,000 pregnancy centers, 450 maternity homes, adoption agencies and other church and parachurch ministries that care for mother, father and child (born and unborn).”

Since the leak of a Supreme Court draft opinion appearing to overturn Roe v. Wade, abortion activists have retaliated with violence across the nation. Multiple pro-life offices have been firebombed and pregnancy resource centers have been vandalized. Other protesters have harassed Supreme Court justices at their homes. And now, another incident has come to light, with abortion activists assaulting pro-life students.