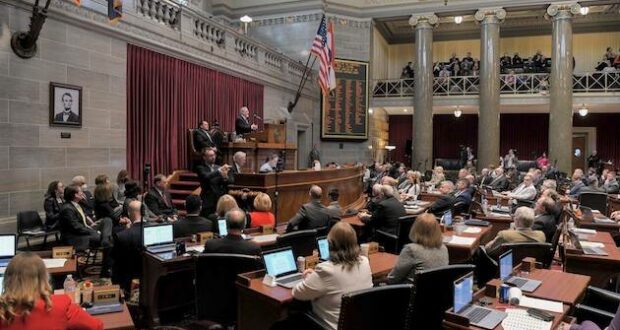 The Missouri Legislature concluded a sometimes-contentious session last week with victories and disappointments for parties. These are the most significant actions, according to Missourinet.

State budget. With little time to spare, the Legislature passed a historic budget this year. The fiscal outline designates a tax credit for some Missourians. The exact amount for each taxpayer is unknown, but it could be in the neighborhood of several hundred dollars per person. Another $411 million is earmarked for water and wastewater infrastructure upgrades, along with $100 million to repair rural lettered roads.

Lawmakers reserved $3.56 billion in state aid to K-12 public schools. They allocated $328 million to fully fund the state’s share of school transportation costs, an increase of $214 million compared to the current fiscal year. A variety of efforts to boost teacher pay also were included in the proposal.

Missouri lagged behind other states in authorizing the distribution of American Rescue Plan Act Funds designated for schools. The funds can be used in a variety of ways to help schools get back on track after the pandemic disrupted the education system. Efforts include hiring additional workers, making air-quality upgrades, social emotional supports and additional tutoring, among several other things. Gov. Mike Parson signed this bill earlier in the session.

Congressional redistricting. Senate Republicans clashed most of the session over the bill, which includes six likely Republican safe districts and two Democratic ones –one that encompasses Kansas City and one in St. Louis. Getting the proposal across the finish line was challenging for the Senate, because Republicans disagreed about the political makeup of the districts.

K-12 education package. The plan includes a variety of efforts to boost reading performance among K-12 public school students. It would mandate certain curricula and interventions used at schools as well as launch Dolly Parton’s “Imagination Library of Missouri Program” to encourage reading by children through age 5. Another provision would require school districts to notify parents and get written permission before using corporal punishment, such as spanking.

Voter ID. Missouri voters could be required to show a photo ID at the polls. The Legislature passed a bill that would allow Missourians without a valid ID to cast a provisional ballot. Their vote would not be counted unless they return the same day with a proper ID or an election worker can verify their signature. The plan also would ban ballot drop boxes and allow no-excuse absentee voting up to two weeks before to the day of an election.

Fast Track Workforce Development Incentive Program expansion. The last bill passed this session would expand the state’s program to include apprenticeships and certain training programs. Missouri is a nationwide leader in the number of apprenticeships completed

Grain Belt Express line. After years of trying to block an energy company’s ability to take power over private property rights, the Missouri Legislature passed a compromise bill to allow the expansion of Grain Belt Express wind energy lines in Missouri. The high-powered transmission lines will cross northern Missouri to deliver power from Kansas to Illinois while providing reduced-rate electricity to areas of rural Missouri.

Charter school funding change. Missouri’s charter schools in Kansas City and St. Louis could soon be getting a boost in funding. A bill that was passed would increase state aid to charter schools there, instead of diverting local money that would go to traditional public schools.