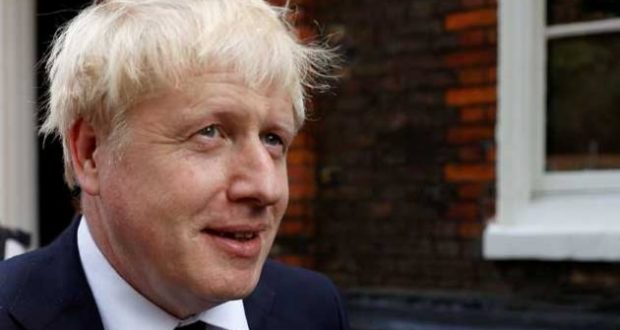 His opponents are calling it a maneuver to ram through Brexit, even though the majority of British voters approved the measure several  years ago.  Analysts are still trying to figure out what Johnson has planned.

Johnson says he has good reasons for suspending Parliament until just two weeks before the Brexit deadline, and that he is not being undemocratic as his opponents allege.

“Well, that is completely untrue,” he responded. “If you look at what we’re doing, we’re bringing forward a new legislative program on crime, on hospitals and making sure that we have the education funding that we need and there will be ample time on both sides of that crucial October the 17th summit. Ample time in parliament for MPs to debate, the EU debate, Brexit and all the other issues. Ample time.”

Few would agree that two weeks is ample time. Scottish leader Nicola Sturgeon said what Johnson did was a ‘coup de tat.’

“I think that is a reasonable description,” Sturgeon agreed. “This is an abuse of process. It is whatever Boris Johnson says and however he tries to dress it up. This is about trying to stop a majority in Parliament coming together to avoid a no-deal Brexit.

But Stephen Barclay, Britain’s minister for exiting the European Union said Wednesday that Prime Minister Johnson is still aiming for a deal.

And Brexit Party leader Nigel Farage warned in a tweet: “If he does (pursue a withdrawal agreement), then the Brexit Party will fight him every inch of the way. But if he now wants a clean break Brexit then we would like to help him secure a large majority in a general election.”

All the disagreement shows how former Prime Minister Theresa May was done in by her inability to get a consensus on Brexit in Parliament or even in her own conservative party, and Johnson with this move seems to be removing that obstacle from his way, and making it a lot harder for ‘remainers’ in Parliament to stop Brexit.

“That means that they have far less time to bring in legislation to try and stop no-deal and to force the government into an extension and if that doesn’t work then to do something else instead,” said Catherine Haddon, a historian at the Institute for Government. “It puts huge pressure on those who are trying to stop no-deal to come up with one solution. To do it quickly and to make sure that it works the first time because if they don’t they might not get another opportunity.”

President Trump applauded the move, tweeting that, “Boris is exactly what the UK has been looking for.”