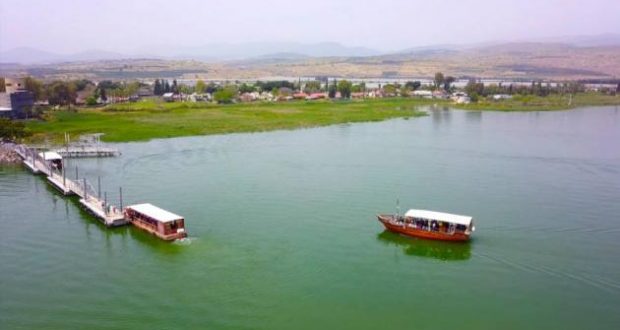 Rainy winter and spring is saving the Sea of Galilee

For years, the Sea of Galilee has been shrinking. Then, this past winter delivered a pleasant surprise to the biblical lake. While this ancient body of water isn’t out of danger, a rainy winter has helped bring relief.

“A miracle,” said Roni Manor from Kibbutz Ginnosar on the Sea of Galilee.

Just six months ago, the Sea of Galilee was in trouble due to years of little rain and drought-like conditions.  After years of low rainfall, the tourist boats could only dock near the end of the pier at Ginnosar. Now, after a rainy winter, things are looking up.

“We have (had) a lot of rain and snow that come(s) from the Hermon Mountain.  Usually, we have about 350 millimeters of rain. This year we have more than 600 millimeters. It was a shock to the water in Israel,” Manor said.

The last time the Sea of Galilee — or Kinneret as it is referenced in the Old Testament — was full was in 2008 and before that 1996. 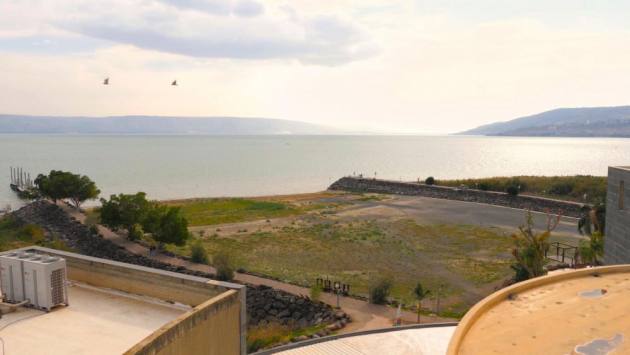 In November we visited Kibbutz Ginnosar. The water level was way down and the water’s edge was dozens of feet from where it is now.

“Every time we arrive to the dangerous point, somebody (does) something for us,” Manor said pointing at the sky.

Streams that feed the Kinneret are brimming with water. Trees were on the banks of the lake for years are now underwater. And other areas that were completely dry are now covered.  And though the rains are finished until next winter, there’s melting snow from the Hermon and streams still feeding the lake. 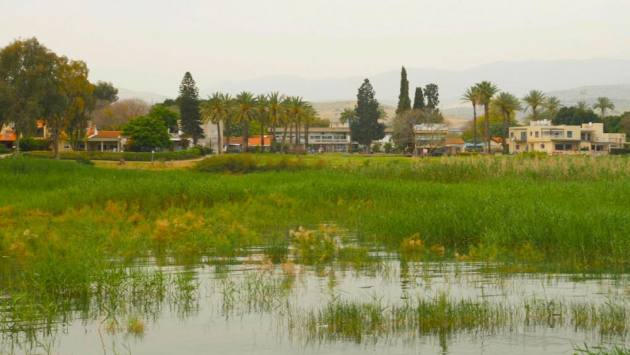 Daniel Carmel runs the Worship Boats.  He said in November they could hardly dock here.

While the water level rose about 12 feet this year, at the end of the rainy season it’s still seven feet from being full. 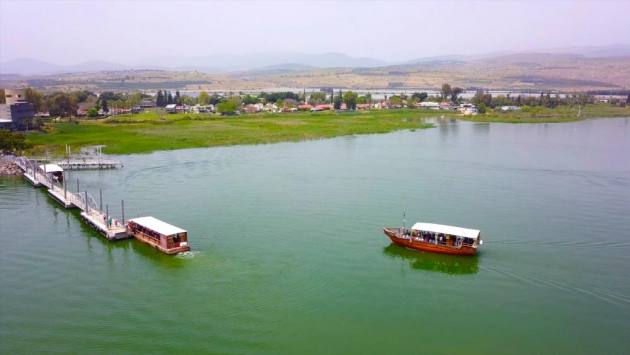 “If we would have had a sixth droughted year, the situation would be very, very bad,” said Uri Schor, spokesman for Israel’s Water Authority.

“The rain it fell exactly on the right places from a water sources point of view, that’s also very important, and the spread of rainfall was very good as well.. You can see the streams run fluently and nicely and the levels of the water sources are rising nicely,” Schor said.

Each summer, the water level goes down by four to five feet just from evaporation.  And so far, this summer’s temperatures have extremely high.

According to Schor, over the last thirty years, rainfall has continuously dropped while the region is using more water than ever.

“In Israel, the consumption of water is much higher than the quantity of rainfall that we get, not only in the Sea of Galilee, but also in other water sources.  Therefore, we’re in a deficit every year more and more.

And Israel is not alone.

“The whole area, by the way, does not have enough natural water.  Therefore, the solution for the whole area is creating new water and understanding that we must use water very carefully and very intensive and very sophisticated,” Schor said.

That’s where technology comes in.  For example, Israel has recycled sewage water and desalinated seawater for years.  Schor says, without that, Israel would not have the water it needs.

“Without those two main new sources of water and, of course, conservation and stopping wasting water, that’s the only way that we have water. By today, more than half of the water that is used for all sources in Israel is man-made water,” Schor said.

While the winter rain delivered a much-needed miracle, the Sea of Galilee is clearly not out of danger.

“Prayers (have) been answered. Halleluyah!” Carmel shared.  “I would call it a miracle. Don’t stop praying, continue, so next winter we’ll have the same.”

As people here and around the world pray for this key body of water, Israel is doing what it can to make new water sources and preserve the unique biblical lake.